How to think
From Heart

Tricking your head to follow your heart | Purin Phanichphant | TEDxBangkok

In July 2014, I left my dream job as a designer at IDEO San Francisco,

and as a lecturer at Stanford University.

And with one backpack,

I hopped on a container ship, that sailed across the Pacific.

Three weeks later, when I arrived in China,

I took the Trans-Siberian train from Beijing to Moscow,

and a few more trains across Europe.

I then boarded another ship from London, across the Atlantic, to New York.

And then, a few more trains across America all the way back to San Francisco.

All this took just a little over 80 days.

Let me first assure you that I don't have a fear of flying.

But why did I travel all around the world, without hopping on a single plane?

It all started when I was born.

But before I move on, I would like put out a disclaimer

that this talk has no happy ending.

I don't have an audacious goal to save the world.

trying to figure out what to do with his life.

What I do know is that I really, really love what I do,

and I'm here to share that perspective with you.

It all started when I was born.

Born into a family of two amazing individuals.

My dad being an expert on Northern Thai arts and culture,

and my mom being a Ph.D. nanoscientist

with that slogan on the side of her wall that says, "Yes, I can."

So, ever since I was young, I've always looked up to my parents,

I've always wanted to be as accomplished as they are.

And I've always been this hard working student.

The kind that listens to his parents.

The kind that sits in front of the classroom.

The kind that raises his hand when the teacher asks a question.

And doing so, earned me straight A's throughout school,

Until one day, I faced a very difficult question,

"What do I study in college?"

Unlike problem sets, unlike standardized tests,

there were no simple right or wrong answers.

And most of friends gravitated towards what their parents expected from them,

and I knew my mom wanted the same for me.

It was around then that I discovered Adobe Photoshop and Adobe Flash,

and I remember I really enjoyed playing with it.

It was around then that I heard this little voice inside of me,

and it said, "Choose design."

I remember looking up how much a typical designer makes,

"How can I afford a nice lifestyle with that kind of salary?"

I remember asking my mom, and her response was,

"If that's what you want, then fine."

Even though she approved of my choice,

I knew that deep down inside she was a little disappointed.

So, fast forward to design school

and getting the first grade back, from my first assignment, and it was a C.

Imagine a straight A kid,

who for the first time decided not to listen to his parents, getting a C.

My heart was broken.

But me being a hard-working kid, I pushed through,

I did all my all-nighters, and I started getting A's again,

But more important than the grades,

I remember really enjoying making things with my hands,

making all the models and prototypes,

and I couldn't imagine doing anything else besides design.

And remember how I thought designers didn't make much money?

Well, right out of college, I was offered a job at Microsoft,

and with all the great employee benefits, it was a no-brainer.

I didn't even have to thing about it. And I took the job.

But most importantly, I was making my parents proud.

My mom would wear a T-shirt that says "Microsoft" on it.

My dad would tell all his friends,

And it sounded so impressive.

It took me about a year to realize

that money and the Microsoft name weren't everything.

You know, on one hand, life was very comfortable,

but work was not very fulfilling.

I felt like a tooth in a gear, in a big, slow-moving machine.

It was then when that little voice spoke to me again, and this time it said,

What about sounding impressive?

And wouldn't it look bad on my resume if I left this job after one year?

Well, I remember [telling] my parents,

Their response was, "Do not leave your job!"

"The economy is bad out there, no one leaves their job."

For the next two years, well, I bought a one-way plane ticket back to Thailand,

tried to start up a web start-up and failed.

I traveled to India, to China, and around East Asia with my dad.

I designed and built a house here in Bangkok,

to get a taste of what it's like to be an architect.

I became a monk to gain perspective and clarity.

and had an amazing time.

Because of all that,

I went on to study and then teach design at Stanford University.

Because of all that,

at IDEO San Francisco, as a principal product designer.

Pulse News, the product I helped design while at Stanford,

was acquired by LinkedIn for $90 million.

So, in retrospect, thinking back to it,

quitting that Microsoft job was a real no-brainer.

Had I not done it, I would not have had such great and inspiring life experiences.

So when it came time, when that voice spoke to me again, I knew.

I knew that leaving my IDEO job, my Stanford job,

traveling all around the world not knowing what I was going to do next,

is going to be alright in the end.

And to answer that "But why?" question, "Why did I travel?"

it's because of this little voice inside of me.

It's like an itch that I need to scratch.

By the time I got back to San Francisco,

after seeing all the inspiration I got on my trip,

that inner voice was loud and clear

in telling me to start making art with my hands again.

And that's what I've been doing in recent months.

I recently had a solo gallery show,

with new, interactive art pieces, that I am very proud of.

And while not having a 9 to 5 job, and calling myself an artist,

and having to explain all this to my friends and family is really scary,

I've been having so much fun making art with my hands again,

I am not the only person in this room who's heard these voices whispering to us,

and too many times we choose to ignore it.

This is true for students choosing their majors in college,

only to go with the ones their parents tell them to,

only to go with the ones the scores allow them to.

This is even true for employees trying to get out of unfulfilling careers,

only to cling to their safe, stable jobs.

This is even true for big companies that I've worked with,

trying to be innovative, trying to think outside the box;

only to fall back to incremental product improvements.

I think playing it safe is in our nature as hunters and gatherers.

Because we don't want to walk into dark and scary forests,

because otherwise we'll get eaten alive by wild animals.

The modern world, however, needs bold and creative risk takers.

when he sailed across the Atlantic to discover new worlds.

The Wright brothers were definitely not playing it safe,

when they took the first human flight.

So here's my little hypothesis:

in order to make a dent in the Universe

and cause ripples to go out throughout the Universe,

we must fight off this urge to play it safe.

We need to find creative ways to trick our heads to follow our hearts.

And here are three ideas to get you started today.

Number one is writing out things you want to do before you die.

Because when we face death, we tend to do what is most important to us.

This idea was inspired

I want to make art and have a solo gallery show. Check.

I want to speak at TED and be on a TED stage. Check.

You know, this list can be as grand or as tiny as you want it to be,

and there are no right or wrong answers.

But you get bonus karma points,

- whether that's money or fame, or whatever -

and what the world needs help with:

solving problems in health, environment, energy, whatever you can come up with.

It's a minor difference between asking yourself

versus what you can take from the world

and give back to the world at the same time.

The second is choosing 'must' over 'should',

and this one was inspired by Elle Luna.

She describes 'should' as how others want us to show up in the world,

how we're supposed to think.

But 'must' is different.

'Must' is who we are, what we believe in,

what we do when we are alone with out truest, most authentic self.

So, if you're confused between your inner versus other people's voices,

try this 'should' versus 'must' test.

Is it "I must keep my job even though I hate it,"

or "I should keep my job even though I hate it."?

And the third and last one

Again, this one was inspired by Stefan Sagmeister,

who borrows from his retirement years

and spreads those years throughout his working years.

What he does during these "off years" is that he closes his New York design studio,

and then he travels and retires in different countries.

And by retirement, I am not talking about a beach vacation on a resort,

and taking photos of yourself and posting them on Instagram.

I'm talking about the kind

where you step outside of your bubble and see the world for what it is.

I am more than sure if you were to do this,

you'll end up with a much richer life by the end, by the time you retire.

So try some of these tricks on yourself

and see if you can get in touch with your inner voice,

and don't let other people's voices drown your own.

Because the ultimate risk that you can take

is not to take any risk at all. 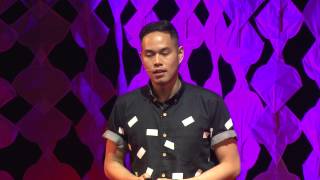 Tricking your head to follow your heart | Purin Phanichphant | TEDxBangkok 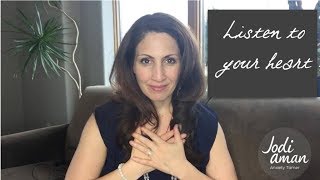 Listen to Your Heart - How to Hear Your Inner Guidance 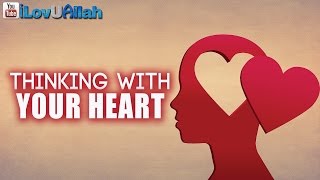 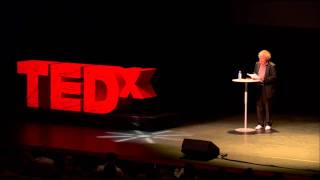 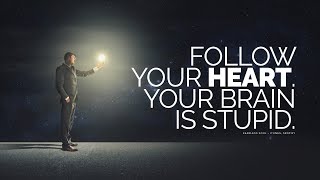 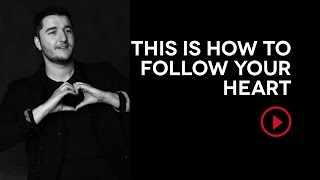 This is how to listen to your Heart. 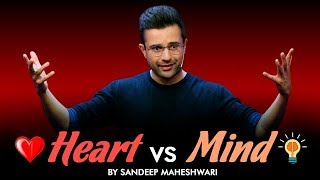 Heart vs Mind - By Sandeep Maheshwari I Hindi 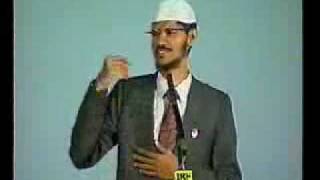 Does the heart think or brain? What does the Quran say?

The brain and heart connection 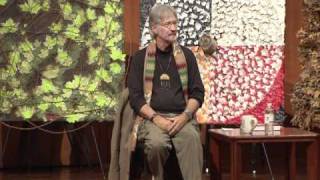 How to Think with the Heart