How to tell
Alligators From Crocodiles

one of these two reptiles is an alligator

and the other is a crocodile.

Do you know which is which?

Stay tuned 'cause we're about to show you.

OK, so what I have in my hands right here,

this is the American alligator.

- And what I have in my hands

is the American crocodile.

And what's really awesome about this location

is that this is the only place in the world

where these two reptile's territories overlap.

However, catching these two animals

was far easier said than done.

There's something right here. - [Voiceover] Where is it?

if I can get closer.

- [Coyote] Wow, well, that right there

is the first piece of the puzzle,

Now we just need to find an American alligator.

Got an alligator right there.

- [Coyote] All right, full weight going into this.

This is one of those things,

you don't think about it,

you just do it.

Just barely got him right behind his neck.

Watch your fingers, here we go,

All right, now we gotta get the American crocodile

up close with this American alligator.

Oh man, this is awesome.

Look at those teeth.

Man, those were some pretty epic catches

- Yeah, I mean how cool was it to catch

an alligator and a crocodile in the same night?

- Certainly a first for me.

Now, this is great because it's giving us

the opportunity to answer a question

that a lot of people write in and ask me,

I'm sure they also ask you,

what's the difference between an alligator and a crocodile?

Most people look at a reptile like this and think

it's one and the same, but not really.

Once you get them up next to each other,

you can really see that they're pretty different looking.

Now, obviously these are both reptiles,

both crocodilians, and both have been on the planet for,

Their lineage is prehistoric.

- [Coyote] So we're pretty much looking at dinosaurs here?

- All right, so first let's look at the differences

in snout structure 'cause this is probably

a really easy way to identify these animals

in the wild, correct?

Crocodiles have a pointed, narrow snout.

Alligators have a broad, round snout.

- [Coyote] Yeah, look how broad that snout is.

And that has to do with the type of food

so they're gonna be eating fish.

And they want skinnier jaws to potentially

thrash around and grab the fish.

- Right, and I can see that

with the tooth structure,

Now look at the alligator, and of course

we know the alligators are opportunistic,

raccoons, deer, pretty much anything that comes

And they have big broad jaws for crushing

their food, pretty much.

They crush and swallow things whole.

Now, one other similarity that all crocodilians have

is a nictitating membrane.

This is kinda like a built in set of goggles

for when you're underwater, hunting.

Now, let's talk about the color of these reptiles

because that is also very distinct.

You notice that the alligator

And I would imagine that this helps them stay camouflaged

as well as probably being able to help it absorb sun.

As we know, reptiles are ectotherms,

meaning that they need the sun to heat up their bodies

so that they can go out and be active.

The crocodile, however, is much lighter in coloration.

- [Mario] Because of its environment.

So these guys live in coastal habitats,

and they're gonna blend in right with the sand.

in the skutes and the scale pattern

if it was in a dark, murky swamp,

you could look straight down at it

and not even see that it's there.

Obviously it helps it catch its prey

once it comes up to the shore and boom,

they lunge out of the water to grab something.

- [Mario] Another difference, take a look at

all the scales on the croc and the alligator,

especially around the tail.

So, these are what we call skutes.

And if you see, the crocodile has really

The alligator has shorter ones.

And those skutes help them propel better

- Yeah, you can see that the alligator's tail

is much more knobby in design,

whereas a crocodiles tail...

How about that for an explosion of power?

Yeah, you really need to keep your hands

locked on the neck of the alligator and its jaws

so that he doesn't get my fingers in his mouth,

but you can maybe see right there

just how their tail can quickly whip around.

And that is all muscle.

- This kinda leads to a really common question

I get as well, and that is in their temperament.

Crocodiles tend to have a very bad reputation.

They are considered more dangerous than alligators,

but that's not true here in Florida at all.

Alligators are a little bit more bold here in Florida

because they're more common,

and sometimes they're found in more residential areas.

- Right, so they're kind of accustomed

to being around humans,

but even still in both of these instances,

these animals are not out there looking

Often times, I know when it's an alligator attack,

Somebody that's swimming in the water,

And as an opportunistic feeder,

then the alligator is gonna go after you.

- Now, aside from the physical differences

between these two crocodilians,

there is something that you need to know

that you can't physically see.

while the American alligator is just protected.

Far more likely to come across one of these beasts

than you are a crocodile.

If you're out there in the wild

and you see a slender snout,

because it's probably a once in a lifetime.

stay wild, we'll see you on the next adventure.

You ready to let these two crocodilians go?

- [Mario] In a while crocodile.

- [Coyote] If you thought that was a cool comparison,

check out the differences between

and the common snapping turtle.

And don't forget, subscribe to join me and the crew

on this season of Breaking Trail. 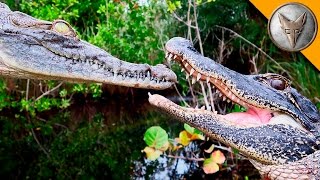 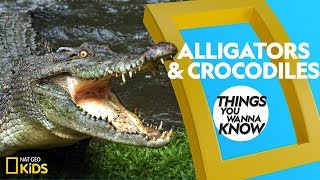 Cool Facts About Alligators and Crocodiles | Things You Wanna Know 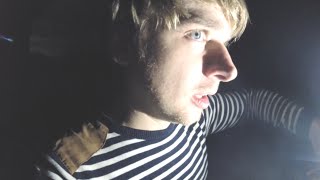 HOW TO DISTINGUISH ALLIGATORS FROM CROCODILES (2015) 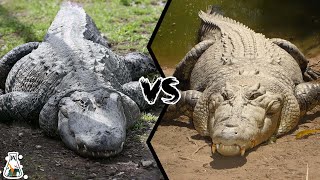 ALLIGATOR VS CROCODILE - Which is More Powerful? 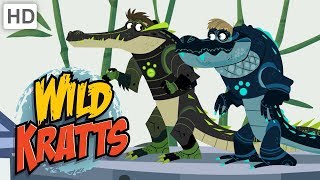 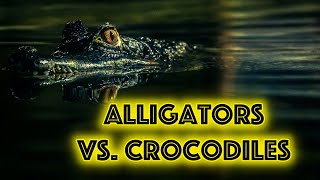 Alligators vs. Crocodiles: How to Distinguish Them??? 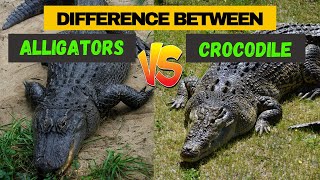 A Newly Discovered Difference Between Alligators and Crocodile - Comparison and Similarity 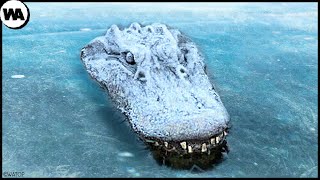 How Does Ice Save a Crocodile From the Deathly Cold? 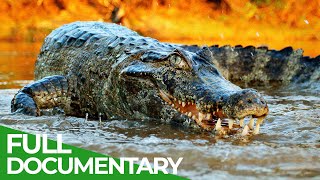 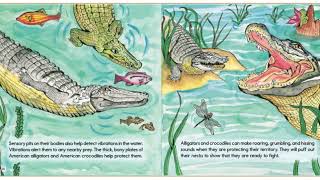