How to tell
A Better Story

How to Tell Better Stories: What I've Learned

This is the first video that I ever uploaded on to my YouTube channel.

I had absolutely no idea what I was doing.

I've gone through a lot of phases, including growing a mustache.

Not sure how I feel about that

I want to share with you how I learned to tell stories,

or really how I'm learning to tell stories

because I think I'm probably always going to be figuring things out.

This has been a long and very confusing process for me, to say the least.

not that tall of a guy.

Yeah, I kind of feel like my body never got the memo.

Storytelling is something we all do, it's human.

I think it's our way of trying to understand the world around us.

It's how we create bonds, how we make one another laugh,

it's part of our DNA.

The point is you're a storyteller whether you realize it or not.

What can you expect on this channel?

I honestly have no idea. I'm throwing myself into YouTube for a couple of reasons.

I do not know anything about using a camera and that's exactly why I'm trying to use one right now.

Now, I don't think there's a correct way or format to tell a story.

In fact, I think we all have our own unique form of expression.

However, there seem to be a few patterns that I've noticed,

a few elements that seem to kind of lace together all the best artists out there.

And so, I think that this is kind of my way of trying to break these things down and better understand them.

I think we all speak the language of enthusiasm, whether we realize it or not.

There's something about excitement, you can see in people's eyes

and I can say, at least for myself, that I'm attracted to that.

I think this is why

the joy the children, seem to have is something that we as adults spend our entire lives trying to rediscover.

I've always been more of an intense person

and I remember growing up being told pretty often to chill out,

you know, to relax.

And, that always drove me nuts,

because that felt very much against my nature.

It took me a long time to realize that, you know what, I actually don't have to chill up.

That being plugged in, at least in my experience,

it seems to really attract people.

towards something constructive, something positive.

"Art is the elimination of the unnecessary."

For me intrigue is born from the unspoken.

I had to kind of figure this out the hard way.

Hello. This is Nathan

I'm gonna do some interviewing in a little bit.

For so long I would lay out absolutely everything,

and speak as if I was talking to a five-year-old.

When you see closely, these are little worker ants .

You know that ants can carry up to ten times their body weight?

That is serious strength.

They can also handle far more pain than a human.

That means that they have much more endurance,

so that's why people are so afraid of ants being huge, because

that would be destruction.

The problem, of course, with all this is that that's

I mean, okay. I admit it's kind of funny,

but mainly because I'm unintentionally doing it.

You wouldn't seriously watch this in your free time.

All we all want are the clues.

Instead pretend that you're speaking with your most intelligent friends,

that makes things a lot more interesting because suddenly it's not so one-sided.

You're part of a dialogue.

I did a lot of thinking about this, and for a very long time I was I was afraid of the criticism,

and the opinions of people, and being hated

and not fear the consequences and instead learn from them

and learn from your experiences in doing.

I regret not having started this sooner and

having gone for it because I've already found that I've learned so much.

I definitely think it's the start of something just crazy awesome and exciting.

artists throughout history that spent their entire lives in poverty

and without receiving the recognition that they would later receive

This is because they were ahead of their time.

They were doing something that people weren't ready for yet,

but they were pushing boundaries.

I think if you're not pushing some kind of boundary within the medium that you're working in or within yourself,

then there's more room to explore and expand.

that I'm doing it right.

I just think it's uninteresting to play it safe

Was the stuff that made me feel the most uncomfortable throughout the process.

"Sometimes reality is too complex. Stories give it form."

However much my ego would like to think otherwise,

none of the stories I've ever told are really about me.

I'm filming myself and my life,

but the truth is what I'm talking about are my experiences,

and by extension, those are human experiences.

These are the things that we all feel and go through,

and that's why it's interesting is because it's relatable on that level.

This is very simple to me. Use whatever you have access to.

I feel like I say this a lot but

I feel so lucky to live in a time where

the tools to tell stories have become so much more accessible.

Here's the thing that it's just fascinating to me.

There is an enormous amount of content out there now

and not just on YouTube but online in general, right? It's very saturated.

And so there's a lot of crossover

you know, there's a whole community of people now that are

and more than ever what this has kind of made me realize is that,

you know, having a more expensive camera is not going to be the thing that helps distinguish you.

It's going to be your ability to tell stories,

your ability to express yourself, and put your voice out there.

A lot of people feel stressed and overwhelmed by this,

which I completely understand. I felt like that for a very long time, but

lately I've been just trying to approach it as like a fun challenge.

I'm not really sure what comes next for me.

And by the way, that's kind of how I felt since the very beginning

I think that's the point.

And I think there's no better way of learning how to do something than by doing it.

I have always loved to tell stories. I'm just gonna be trying to throw out creative , maybe cool short stories,

This sort of speaking vlogging kind of thing.

I want to start simple,

and go from there.

And, see where this takes us...

All right, I think we're gonna cut seventeen-year-old Nathan off right there.

It's been nice meeting you.

Have a nice day.

This is going absolutely nowhere.

Okay, I'm putting it into this if you'd like to watch the entirety of my first ever YouTube video,

it's available exclusively on my Patreon page,

and I plan to share a few more oldies but goodies on there moving forward.

This was a very personal video that I wanted to make

mainly because it's difficult for me to look back at my old work.

It's hard to watch. It's challenging for me to accept.

Making this has kind of helped me

I was just experimenting a lot and failing a lot along the way.

It really is the only way that I could have gotten to where I am now,

and I'm grateful for that.

Finding your voice is a very painful and confusing process and that's a good thing.

This is also a great way for me to be able to reach you more easily moving forward because like I said,

the Internet is very saturated now.

And for example in my latest newsletter

I shared some of my inspirations that have really helped me

throughout the last few years when I was feeling just lost.

Alright, thanks for watching. I really appreciate you guys and I'll see you soon. 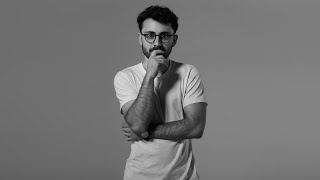 How to Tell Better Stories: What I've Learned 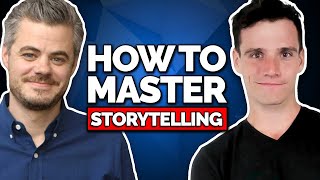 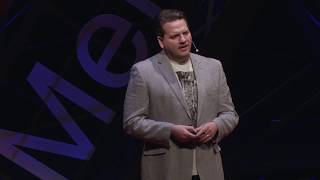 Storytelling: How To Tell Great Stories That Engage EVERYONE 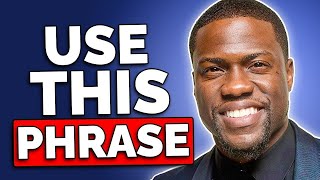 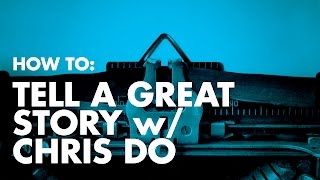 How To: Tell A Great Story— 5 storytelling tips 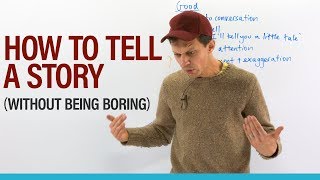 Learn how to tell an interesting story... or make a boring story interesting! 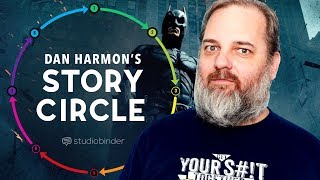 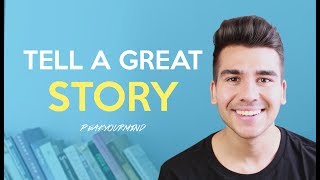 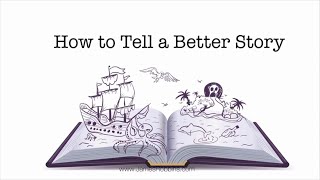 Storytelling - How to Tell a Better Story