How to quit Cough Syrup Addiction

Cough syrup, yeah man. So many people are drinking it.

Everything here is down.

We've got a generation to lose if the government does not step up.

This one makes us feel better.

The police come after us, but we don't give a damn about them.

If they come we give them two bottles, they go back.

The streets of Harare are full of brown cough syrup bottles,

a sign of the addiction epidemic currently ravaging the country,

In 2016 I started drinking BronCleer.

So per day I could drink four bottles - 400ml in total.

I wasn’t myself. I was someone else or something else.

The cough syrup, often of the brand BronCleer, contains codeine:

an opiate that can be used as a painkiller.

It’s relatively harmless in small doses, but can be highly addictive.

BronCleer also contains alcohol, so when you drink a lot of it,

it will make you feel both drunk and high.

In large quantities, it can lead to respiratory problems,

and permanent damage to the brain, heart and liver.

I did it because of my friends.

They were like, if you don’t do this, we won’t play with you.

When you start doing it, afterwards you think it’s a better way of life.

My mother is a widow, and she doesn’t go to work.

So some of the time, when we get piece jobs,

we have to go and get some money, and bring it home to buy some food.

This is my house. I stay here with my five children.

I’m a mother of five.

With my son, unfortunately, we didn’t pick it up because he was in boarding school.

My son, he's the quiet type.

We couldn’t really notice a change in him until last year.

You'd come home, he'd be on that couch, holding a plate in his hand,

and you're speaking to him and he's not responding.

That is what BronCleer does.

It even went to a stage where he started taking things and selling them,

maybe to buy his BronCleer, or whatever he was taking.

He stole a lot of things – my laptop, cellphones, even food.

He even went to that extent.

One time he ran away from home.

He was staying on the streets doing his drugs.

The economy is in ruins,

90% percent of the population is without formal employment,

and families are plagued with poverty and addiction.

Back in the 1980s, Zimbabwe was prospering,

but former dictator Robert Mugabe ran the country into the ground.

the country held its first democratic election in four decades.

But people are still feeling the consequences of Mugabe’s 37-year rule.

We drive to the slums of Mufakose,

an impoverished area in the outskirts of the capital.

Here, we meet Feiton, he works as a music producer.

This is my ghetto.

But when he was younger, he lived on the streets

and was addicted to BronCleer.

Today, he is trying to help his friends,

who are all stuck in a vicious cycle of cough syrup dependency.

This is some of my ghetto youths.

They don't go to work.

As you can see that. That's what they take, that's BronCleer.

Four years ago, the government outlawed the sale of BronCleer.

But the illegal import of cough syrup,

especially from South Africa, has continued,

and it’s very easy to get your hands on a bottle.

Even a young child, if you ask him what is this bottle,

he or she can tell you that this is BronCleer.

Everyone is selling, even in the shops over there,

there's a lot of people selling these things.

is being sold and used on the street.

For the sake of those guys, maybe they don't want their place to be out,

so we will get into the bar, then someone will come out and drink then you can [film]"

We do it like this. Each and every day.

The guys are already high.

When you drink a lot of cough syrup every day,

it can cause your teeth to rot and fall out.

So to protect their teeth, they pour the liquid directly into their throats.

-How long does it take until you feel something?

This is for half a day, then you need another addition.

The main reason which makes us do these drugs is unemployment;

you don't have things to do.

You don't get stressed or worried about a lot of things.

I've been sitting at home for two years now.

This one makes us feel better.

You don't think too much, when you take this.

Every day I take one bottle. Then I feel high and I don't think anything.

We've got some buyers outside South Africa. We contact each other.

We send them some money and they bring the drugs by bus.

and that, since the product is not registered in Zimbabwe,

it's illegal to export it there.

They acknowledged that smuggling medicine across borders is common

and told us they have internal processes in place

We want to understand what’s being done to help young addicts.

So we head to downtown Harare to meet up with Hilton Nyamukapa.

He heads up one of the few NGOs in Zimbabwe

There are quite a number of reasons why the youths are taking drugs.

The number one reason is idleness.

Some of them cannot afford to go to colleges,

so it’s a way of coping with the stress associated with idleness.

It’s hard to pinpoint the exact amount of young Zimbabweans

who are addicted to BronCleer and other narcotics.

The government states that no official studies have been conducted

to quantify the scope of the issue.

That’s why various interest groups have made their own assessments

and even though the results vary a lot, one thing is certain:

The number of young people living on the streets as drug users is alarmingly high.

From the information we’re getting from various sources,

we can say that probably more than 50% of the youths in Zimbabwe are taking drugs.

And once you’re hooked, it's hard to get help.

and unaffordable for most users.

Hilton tells us how the government handles it.

If you use drugs, you’re a criminal, and you should be sent to jail.

some kind of rehabilitation or treatment.

We want to ask the authorities about the lack of state-run drug rehabilitation clinics.

So we drive to the Ministry of Health.

The treatment for drug dependence is only available in psychiatric institutions.

By keeping them in the hospitals, and giving them Diazepam [anti-anxiety medication],

to make sure they don’t take drugs.

So eventually they forget to take drugs.

The NGO is pushing for the government to run rehabilitation clinics,

The problem of actually putting those people in mental institutions

is that kind of treatment is actually detoxifying them, it’s not actual treatment.

You are detoxified today, and tomorrow you are also craving for drugs.

That’s not the proper treatment.

We want a proper treatment, where there is a gradual treatment

until the person recovers.

Zimbabweans pretend to be conservative,

and they don’t want to openly talk about these things.

So going forward, we’ve got a generation to lose, if the government doesn’t step up,

to dealing with this drug problem, that is bedevilling our nation.

My way forward, was to dump all my bad friends.

Close myself in my bedroom.

When I started getting serious about my music, I had no time for drugs.

That’s what made me lose my interest in drugs.

I have four siblings, and they all look up to me.

My hope for the future is to be a source of inspiration to the youth.

Kuzivakwashe found a purpose in making music and hence a way out,

but thousands of young Zimbabweans are still in the claws of addiction.

But to treat the root cause of Zimbabwe's cough syrup abuse:

the lack of opportunities for the country's youth,

it will take real political change that offers them future prospects.

Since we filmed this documentary, the Zimbabwean government told Reuters

A statement they are yet to commit to. 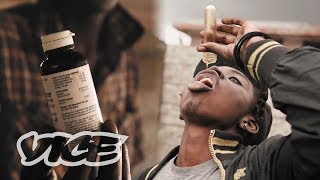 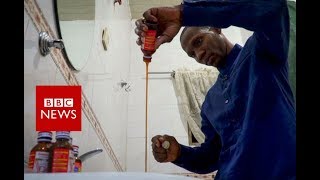 How I recovered from my Codeine addiction - PART 1 of 3 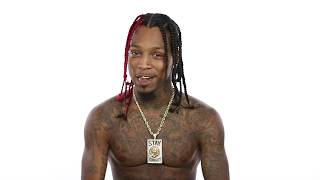 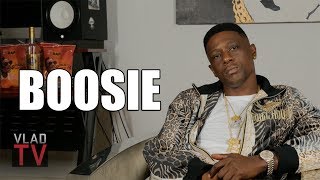 Boosie on Going Through Terrible Withdrawals Trying to Quit Lean 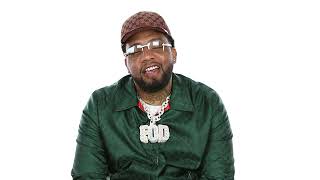 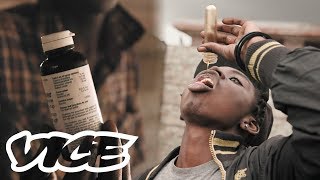 The Spread of Codeine Cough Syrup Addiction in Zimbabwe 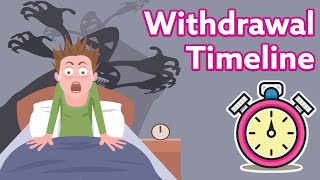 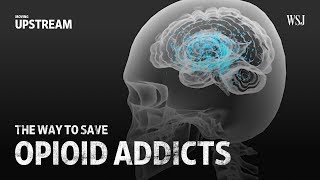 The Way to Save Opioid Addicts | Moving Upstream 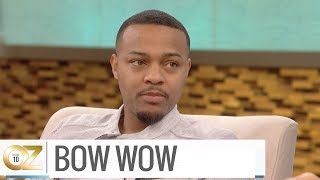 Bow Wow on His Addiction to Cough Syrup