How to notice
The Signs Of Anorexia

- So parents will sometimes ask us

how they would tell if their child

had an eating disorder.

Some of the things that we'll take people to look for

are especially changes in your child,

and especially around food or eating or activity.

would be a sudden interest in dieting or healthy eating,

or considering being a vegan or a vegetarian,

or beginning to diet and be more restrictive

and extreme with what they're doing.

Something that seems to come out of the blue,

and often it comes on fairly intensely.

If you're seeing your child eating less and less

that they're eating at a friend's house,

or they're eating out with friends

when they're out at an event

and you begin to realize that you're really not seeing them

and it may be a series of excuses of not eating.

They may become more irritable.

You may start to find

that you're having more conflict with them,

They often can become just more irritable in general.

It could be something like quick mood shifts that occur.

So they seem fine, and all the sudden a comment is made

and they're very upset

and it feels like it comes out of nowhere,

or it may be that just in general,

they become more and more irritable.

When we're not getting enough food,

then our brain's tend to be a little more agitated,

and it makes it more difficult

for them to engage in the way

that you're used to having them engage.

So other things you may wanna pay attention to

are different behaviors your child may be having

from what you've noticed is normal.

Sometimes as people are losing weight

and wanting to hide that,

they will change how they're dressing

and they may wear more baggy clothes,

things that hide their body

and make it less obvious to other people.

This is a big paradox into the sense

that they are typically feeling fat,

but at some level,

recognize that their body is changing and is different,

and that if that is known to other people,

people may begin to interrupt

their ability to have an eating disorder.

Additionally, exercise is another thing that you may look at

either a sudden and intense onset of exercise

that they've never really done before or been interested in,

maybe as a part of that concept of healthy living,

or that kind of thing,

or exercise that seems to be getting more intense

They maybe thinking about eating to get in every day

or wanting to do it after they've eaten

are going to count, in terms of their weight.

avoiding going out with their friends

or not going to events,

because they feel like they haven't gotten their exercise in

or it interferes with getting their exercise in.

Potentially, they become less social with their friends.

You see that they're not going out as much,

especially if their friends do a lot of things

They may be staying home more.

They may be less involved with people.

You may find that they really start

to focus more on more on their homework.

It's possible it's taking them longer

to do their homework,

because as food intake decreases,

So they may be needing to pull in some

from the activities that they're doing,

because they need more time to do their schoolwork,

to do well at it.

And typically, for kids who are on the side

they often tend to be more perfectionistic

and wanting to be sure that they're keeping good grades

And in order to do that,

they may need to back up some from the activities

and engage more in the schoolwork.

Other behaviors that you may see in your child

are that they're more cold than most other people

that are in the room.

They are having difficulty with blood flow

if they're not eating enough.

And so, they are more likely to be cold

than other individuals around them.

are a lot of talk about food and exercise.

A lot of talking about it, and perhaps,

even complaining about being fat

when it's really clear that they are not.

So mostly, I've been talking about things

that are more related to individuals

and that's one form of eating disorder

that we would look at along the lines of anorexia nervosa.

On the other side of things,

is that sometimes people are engaging

in binging and in purging activities.

So paying attention to other things

If your concerned that your child might be binging,

pay attention to whether large amounts of food

seem to be missing from the refrigerator,

that you can't really identify that people are eating.

If it's somehow a bag of cookies is gone.

So paying attention to how food may be changing

in the pantry or it seems to be missing,

would be one way to pay attention to that.

to try to get rid of that food.

One of the most common ways they do that

And so, you may need to pay attention to whether

you're seeing vomit in the toilet

or you're seeing remnants or smelling that in places.

People that are really trying to hide their vomiting

may not just vomit in the bathroom.

They may try to vomit in a trash can

or in things that they can put into a bag

and carry out or remove from the house.

So you may pay attention to whether

in those kinds of ways.

It's important to recognize that in isolation,

each of things is not necessarily an eating disorder,

you're more looking for a pattern, a trend,

something that you've seen over time.

than what you've seen your child doing, or again,

a change that has been slow in developing

or is getting somewhat out of control.

For more information on eating disorders, 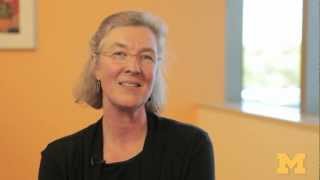 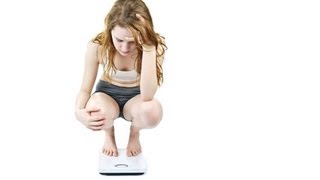 What Are Symptoms of Anorexic Children? | Eating Disorders 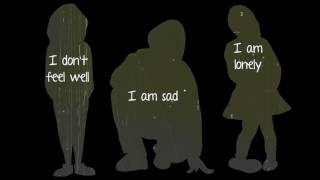 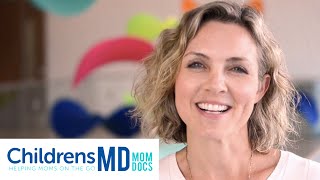 How Can I Tell if My Child Has an Eating Disorder? 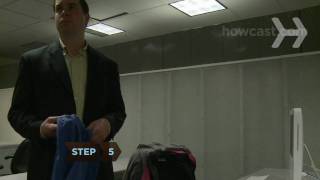 How to Recognize Signs & Symptoms Of Anorexia 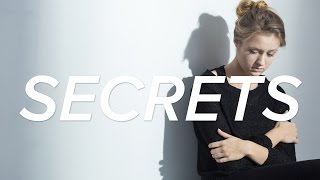 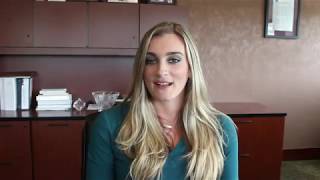 Recognize the Signs of an Eating Disorder — AMITA Health 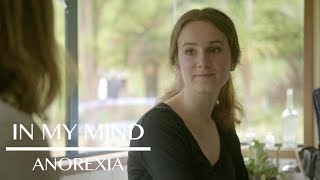 In My Mind: Anorexia 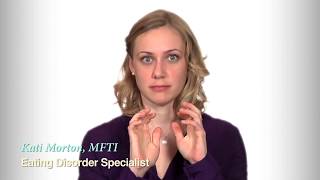 What is ANOREXIA Nervosa? | Kati Morton 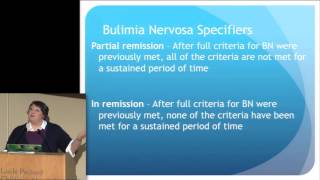 Bulimia and Binge Eating in Teens: What We Know and What To Do