How to notice
Signs Of Depression In Others

Have you ever heard the term,

High-functioning depression or hidden depression? As these names may imply,

This is when a clinically depressed person tries to keep their depression a secret from others;

They often appear cheerful, successful, and seemingly put together...

leading you to the belief that their lives are perfectly happy, fine, and without mental illness.

Is there someone you think might be secretly depressed?

Look out for these 8 telltale signs that they might have hidden depression.

1: They feel emotions on a much deeper level.

Does your friend become emotionally volatile in response to a simple question or comment?

Those who are secretly depressed will often feel things more intensely than usual because of how much they bottle up inside.

They're more susceptible to crying, getting upset, or even having a full-fledged breakdown

because they feel overwhelmed with the depths of all of their emotions.

This swings both ways,

being more affectionate and loving towards others

2: They're less positive and optimistic.

Does your loved one, who used to be so easygoing and light-hearted...

They might be internally struggling with a lot of dark thoughts they are too afraid to share.

They may adopt a more nihilistic point of view,

and become less positive and optimistic than you're used to them being.

3: They're obsessed with being the best.

Depression, hidden or not, is often a thief that robs us of our ability to enjoy the simple pleasures of life.

People with concealed depression will often throw themselves into their work

in order to find meaning in their lives and make sense of their suffering.

By overworking themselves, they get a sense of reprieve from their depression,

and distract themselves from all the negativity that they feel.

4: They have sudden mood swings.

Depression makes feeling happy and even enjoying things they used to love...

Their response is a tendency to lash out and become emotionally unhinged.

There's just too much rage and desperation for them to suppress.

So, like a volcano, they let it erupt and throw tantrums.

Occasional recreational drug use and drinking are fairly common;

However, the red flag for hidden depression

starts to wave when it stops being occasional and becomes regular and then turns into dependence.

The Anxiety and Depression Association of America, (or A.D.A.A.),

found that approximately one in every five people who are depressed,

also had a substance use disorder.

6.They're always out of it lately.

Is your usually punctual friend suddenly forgetting your lunch dates?

Does your friend zone out more often than usual when you're talking to them?

Difficulty concentrating and remembering is one of the symptoms of depression.

The depressed person often has a hard time keeping their train of thought,

and struggles with finishing tasks affecting their grades or work performance.

They have difficulty with decisions and remembering recent events.

They may even start to speak and move more sluggishly as a result.

7: They feel bad about asking for help.

Does your friend tell you something's wrong, but then waves it away saying it's

just silly or unimportant and they'll just deal with it on their own?

When someone's trying to conceal their depression from others,

they'll often send subtle cries for help that they immediately take back.

they apologize for asking for help, even when they're struggling,

and never want to burden anyone else with what they're going through,

and 8: They always TRY to look or act happy.

Do you know someone who's constantly smiling and cheerful?

Usually denying that something is wrong,

Even when you know, there is.

They won't let others see them cry, or be sad

so, they make up excuses about why they can't see you much

Usually, when they think no one else is looking

the facade will be dropped and you'll see things aren't okay.

Those with depression won't always show the symptoms commonly associated with the condition.

Does this bring anyone to mind?

Because of the negative stigma surrounding mental illness,

for fear that they'll be judged shamed or mistreated for their illness.

If you know someone who you suspect is secretly depressed,

you can do them a solid and show your support by reaching out to them,

in order to improve.

Paying attention to these signs could make you a lifesaver.

if you know someone who may benefit from online counseling,

We actually partnered up with betterhelp :

an affordable online counseling platform that you could utilize

They're constantly striving to improve their services in terms of conditions.

The link will be in the description below. 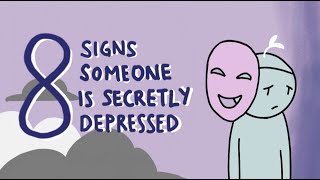 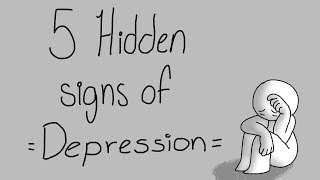 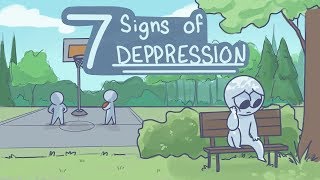 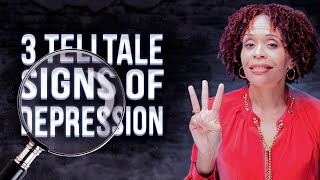 3 Signs That Most Depressed People Have 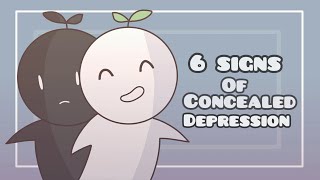 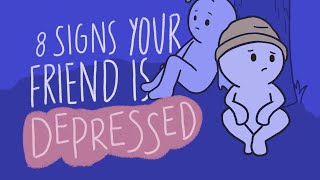 8 Signs Your Friend Is Depressed 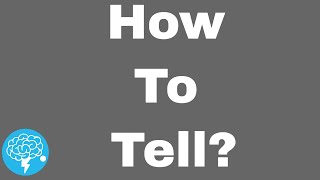 How To Tell If Someone Is Depressed 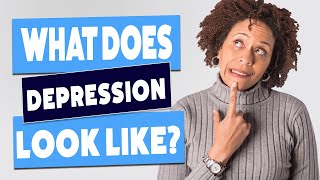 How To Tell If You're Depressed 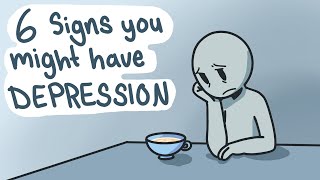 6 Signs You May Have Depression and not even know it 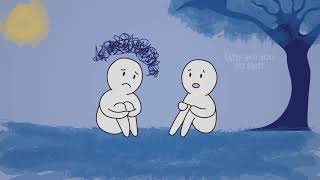 7 Things to Say to Someone With Depression