How to name
Orbitals

So we know that atoms are made out of electrons, protons, and neutrons. Electrons are very important.

The arrangement of electrons dictates how atoms will interact with each other. But we don't really know where electrons are inside an atom.

And so we define these areas as orbitals:

That's what is meant when we say that the probability of these orbitals are "probability clouds."

Let's talk, before we go any further, about the word "orbitals." It's an unfortunate word. It comes from the word "orbit" which came from Bohr's idea that electrons orbit the nucleus like planets orbit the sun.

We only can know with a certain amount of probability, 90%, where an electron might be, but not the path that it's taking. And that come's from Heisenberg's "uncertainty principle."

As I said, this is important, because:

as well as De Broglie's idea that electrons can act as waves,

Schrödinger created a mathematical model that described these orbitals inside an atom,

these shapes, these high probability clouds.

But we cannot know precisely where the electrons are inside the orbitals, and again, that comes from Heisenberg's uncertainty principle.

So we're going to take a look at that three dimensional space. We're going to define it with the three axises, x,y,z. The intersection of which will be our nucleus.

Our first orbital is going to be the "1s" orbital. And what we're going to do now, is take a look at the shapes of orbitals and what they're called.

They're always designated with a number and a letter.

The problem is, the orbitals can only hold a maximum of two electrons.

So if we were talking about helium with two electrons, that would be fine.

Helium would be happy with the 1s orbital.

But what if we were talking about Lithium? Lithium has three electrons.

Where would the third electron go? Well...

It would go in the next higher energy level orbital, which is the "2s" orbital.

But the electrons in the 2s orbital are higher energy.

But again, this is just a single orbital. It can also hold two electrons. We still have the 1s orbital inside of it holding two electrons. So with the two orbitals we have now, we can have a maximum of four electrons.

That brings us to Beryllium [Be]. Beryllium is happy with the 1s and the 2s orbital. But what about Boron [B]? Boron has five electrons!

Where is the fifth electron going to go? So as you may have guessed, we're going to go another orbital, a higher energy orbital.

[And don't forget, the orbital is the shape of the space where there is a high probability of finding electrons and "s" orbitals are spheres.]

So here we have a different shape. We have the "p" shape. There are three 2p orbitals and they are all oriented perpendicular to each other.

So we have the pinkish red on the y axis. That's one orbital.

Here's the second orbital, along the x axis, that's greenish yellow, I guess.

And then the third 2p orbital along the z axis.

Each orbital, as you can see, consists of two lobes. So both lobes together constitute just one orbital and can only hold a maximum of two electrons

So we designate each individual orbital by the axis it's on. So here the 2p orbital would be called 2p y, 2p x, and 2p z.

And P orbitals could be called a "dumbbell" shape, they have two lobes.

So let's say that fifth electron of Boron [B] goes into 2p.

But what if we need to accommodate a sixth electron, like with carbon [C]?

Carbon has a total of 6 electrons.

Well, that electron could go into the 2p z orbital.

And then, what about Nitrogen [N]? The seventh electron that Nitrogen has can go into the 2p y orbital.

And that would give the three 2p orbitals a total of six electrons.

The p orbitals are filling up. We know that the 1s and the 2s must also be filled up.

So let's take a look at that. Once the 1s orbital is filled, we can then start to fill the 2s orbital—but again with only two electrons.

Once 2s is filled, and remember 1s is still there, it hasn't disappeared. So 2s fills around the 1s.

But now, once 2s is filled, we start to fill 2p. Again, the 2s, the 1s, they're still in existence. So therefore the p orbitals actually overlap with the 1s and 2s orbitals.

Let's say all these orbitals are completely filled, and therefore we would have the 1s orbital with two electrons.

And that would be... "3s"! 3s has electrons that have higher energy than any of those other orbitals we looked at and so therefore its electrons on average are further from the nucleus than the others. And it is larger than 1s, 2s, or 2p orbitals, and surrounds them.

First lets review: The s orbital is spherical. There's only a single s orbital at any one energy level.

There's the three p orbitals with this shape.

The illustration describes the outer boundary of that 90 percent probability of where the electron is going to be. So that outer boundary, that surface, plus all the space inside of it constitutes the 90 percent area where we are going to find and electron in a d-orbital.

So the electrons can be anywhere, they're traveling 90 percent of the time, anywhere inside these lobes.

And if you track the electron long enough, you will start to see and describe these exact shapes that we're seeing here.

One thing I think students can get confused with is these shapes and what they represent, especially when they get as complicated as the d and the f-orbitals, and there is even the g-orbitals that are even more complicated than the f-orbitals.

So don't get tripped up by the complicated shapes. All you need to understand is what they represent. And they simply represent space inside of which you are going to find the electron 90 percent of the time.

So you don't have to worry about the specific shape so much, just know what these shapes represent: where the electron is going to be.

So finally, a nice way to look at that is this schematic.

Energy is shown increasing on the y axis, and each orbital is represented as a circle.

So at any one energy level, what was always just a single s orbital.

As we saw before, 2p orbitals are higher in energy than 2s and there are three of them.

So the three circles represent the three 2p orbitals—not the shape, just the fact that there are three orbitals within the 2p energy level.

The 3p energy level, again p always just has three orbitals. But what about d? We saw before that there are five d orbitals. So at any energy level which has d-orbitals, there's always going to be five of them at that energy level.

The orbital does not exist unless the electron is in the orbital.

So "what," might you ask, "does that have to do with anything? Why do we care about how electrons are arranged in an atom?"

Well, atoms are constantly interacting around you, on the earth, in the solar system, in the universe.

Those interactions depend on how electrons are arranged in each atom. That arrangement, its orbitals, determine how the atoms interact with other atoms.

If atoms did not interact with each other, would you be sitting here reading this? Probably not. 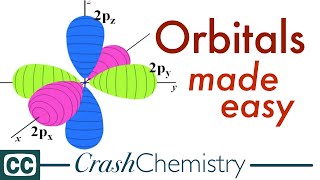 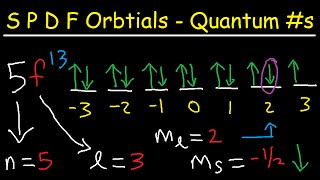 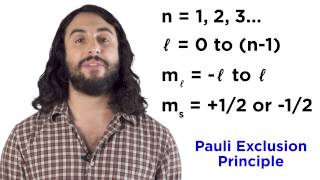 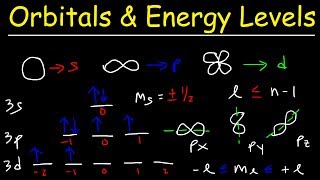 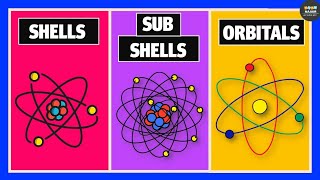 What are Shells, Subshells, and Orbitals? | Chemistry 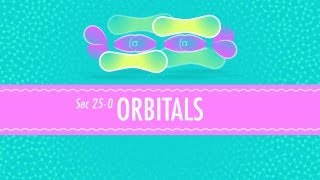 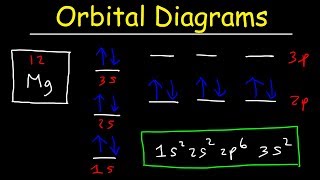 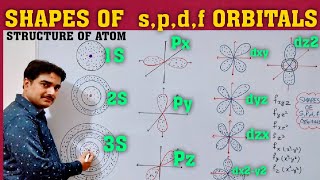 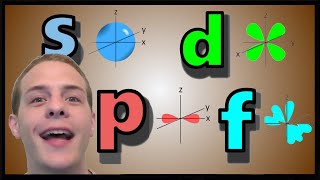 The Shapes of Atomic Orbitals 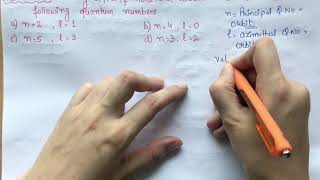