How to name
Nomenclature

Hello hello Melissa Maribel here and I help students like you

understand what you just learned in class. So you stress less and you graduate

faster. All right guys, this is a very VERY important lesson today, because you

So if you need to pause replay or write anything down, please please do so. I will

memorize. Okay, here is a simple strategy that has helped my students remember how

to name compounds correctly. The strategy is to identify the type of compound from

the very beginning. Whether it's ionic or molecular. Molecular refers to covalent

compounds. An ionic compound consists of one metal and one nonmetal. A covalent

compound consists of two nonmetals. Looking at your periodic table the

highlighted portion shows you all the different types of nonmetals. Everything

there after then is a metal. We'll start with the different types of naming

Aluminum Oxide shows you the name of the metal, our aluminum, and oxygen, or our

nonmetal, ending in "ide." Looking at the periodic table we need to identify our

charges, so if you have to pause the video and write these down, these are the

charges that you need to have memorized. For ionic compounds you will always have

to balance out your charges. For this example aluminum oxide, let's identify

the charges for aluminum and oxygen. Aluminum's charge is a

3+ charge and oxygen has a 2- charge. Aluminum had that 3+ charge

and oxygen had the 2-. Let's balance these charges out by multiplying our

aluminum or, really, placing a subscript of 2, that 2 then multiplies with our

3+ charge and it becomes a 6+ charge. We want these charges to be the

exact same. So I'll also then place a 3 subscript, that would then turn this 2-

to a 6- charge and our charges are balanced. Another way of looking at

this is to really "lasso," I've heard that term before, our charges where our

aluminum gets that 2 and oxygen then gets the 3. They get the opposite charges

of each other just so they can make the same exact charge. They would then cancel

out the charges and be neutral. And our final balanced compound is aluminum

oxide having that subscript of 2 and 3. The second one is ionic compounds with a

numeral in parentheses, and a nonmetal ending in "ide." Our transition metal is

types of charges. Iron sometimes has a 2+ or a 3+ charge, so our Roman

numeral actually tells us the charge of what iron is, within this compound. Your

nonmetal is the oxygen and once again that ends in "ide." So we need to balance

out our charges. Your iron as we saw was a 3+ charge, your oxygen was a

2- charge. Balancing out these charges we'll place a 2 subscript for our iron

and a 3 subscript for the oxygen. We now have these sixes canceling out, which is

what we wanted, and your final compound is Fe2O3.

that you should also know. Moving on to ionic compounds with a polyatomic atom.

They consist of the name of our metal and our polyatomic atom. Notice that you

do not have your nonmetal ending in "ide." A lot of times polyatomic atoms end in

"ate" or "ite" with the exception of hydroxide and cyanide. We have calcium

phosphate. Calcium is the name of our metal and phosphate is our type of

again something you do have to know. Calcium has a 2+ charge, phosphate

has a 3- charge. Our phosphate started off with having four oxygen. So

Doing so, we'll place our three with our calcium, that'll once again give us

a 6+ charge. We'll place our 2 on the outside of parentheses. Polyatomic

atoms tend to have parentheses whenever we place a subscript. These are now

balanced and your final compound is calcium phosphate. This is how it's

polyatomic atoms. It consists of the name of the transition metal, a Roman numeral,

and the polyatomic atom. Here we'll see Copper (II), once again that (II) tells us the charge

of copper, which is our transition metal, and our polyatomic atom of nitrate.

Nitrate is NO3 and has a -1 charge. We saw that copper had that

already 2. Balancing out our charges we'll place this in parentheses and place our

2 subscript outside and we'll have these twos cancel. Your final compound is

copper nitrate with a 2 subscript only on the nitrate. Let's start with

going backwards now. So instead of having the compound name

we're given the formula and asked to actually write the name of the compound.

transition metal, bromine is a nonmetal. So our nonmetal will end in "ide" and we

know that a transition metal will have a Roman numeral. To figure out what your

Roman numeral is, let's go back to the overall charges. So bromine is a type of

halogen, just meaning that it has a -1 charge. So since this had

of identifying this, is if we were to go backwards, this 2 would go back on to

the iron, since bromine needed 2 to balance out the charges altogether. So

we'll have iron (II) bromide. Let's try another example like that.

Cu3(PO4)2. Cu is known as copper. It is a type of transition metal

so we have to have a Roman numeral. PO4 is a type of polyatomic atom.

allows us to figure out that copper had a 2+ charge. Another way of

looking at this is, this 2 goes back to the previous element. So that 2 belongs

to the copper and this 3 then belongs to our phosphate group. That's a trick that

the actual name of the compound. So our name of our compound would then be

copper (II) phosphate. Those are all the different types of combinations for

ionic compounds. Moving on to covalent or molecular compounds. Something that we

have to know are the prefixes. Know 1 through 10 because you do not have to

balance any of the charges, I repeat for covalent compounds do not balance

charges. Covalent compounds consists of two nonmetals as we mentioned before.

The setup will be that there is a prefix plus the name of your nonmetal, next

another prefix plus the name of your nonmetal ending in "ide."

Diphosphorus Pentoxide. You will also hear this as Penta oxide. The most common form is

pentoxide. Our subscript is that "Di" and the "Pent." "Di" meaning two and "Pent"

meaning five. Once again we do not have to balance any charges. All you have to

notice is the "Di" means two, so there are two phosphorus. The "Pent" means five so

there is five oxygen. That's it, you're done no balancing charges. Your prefixes

literally tell you how much of that element there is. We have N3O6. We'll look

at the different subscripts and figure out what prefix they need. So our three

and then the name of our nonmetal which was nitrogen, then we'll put "hexa" and the

name of our other nonmetal ending in "ide." So we have Trinitrogen hexaoxide. Now I

hope you don't plan on leaving here without practicing what you just learned.

If you need more help, I will be doing online tutoring every now and then, so

sign up I'll place a link in the description box. Now don't forget you, can

dentist, you can do it. And the secret to learning anything is 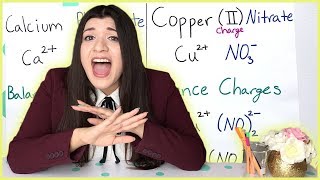 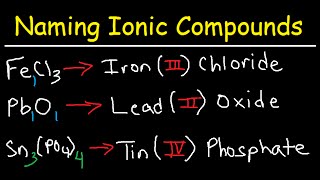 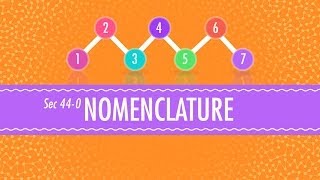 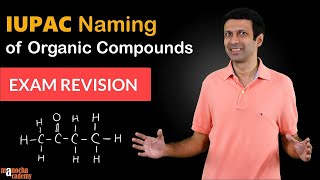 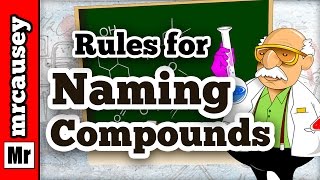 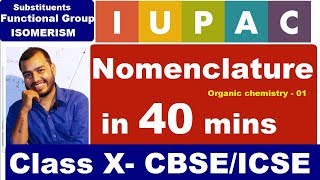 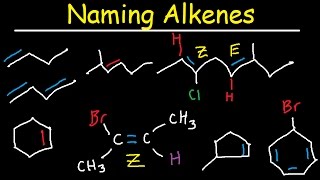 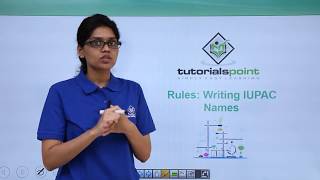 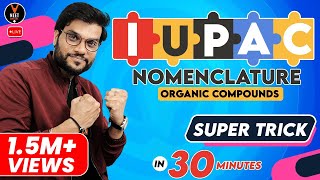 IUPAC - Nomenclature | ORGANIC Compounds | with examples | 10th,11th,12th CBSE & all Board 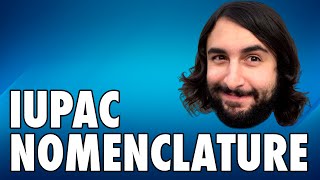