How to live
A Full Life With A Chronic Illness

Did you know that one in three individuals

suffers from at least one chronic health issue?

If that's not you,

then it's either the person in the seat to your left or your right.

is an illness that persists for longer than three months,

and there is no cure through vaccinations or medications.

I am an epileptic.

and if you're in my line of focus,

you might think I'm giving you a good look.

That's not the case.

such as picking things up and putting them into a bag.

It makes no sense, but that's the seizure.

I want you to sit here and take it in,

and in the end, act in a useful and helpful way.

I have fallen multiple times on concrete and cement,

which have resulted in concussions.

I have also burned the entire top half of my torso

This resulted in four months of bandage-changing and on morphine.

Two years later, and my burn is still healing.

Finally, I needed a root canal and a cap

because I fell face-forward on brick.

I'm not going to tell you which tooth it is, though.

I'm not the only one who's in physical jeopardy.

I was hanging out with my friend Jordan one time,

and he's a type 1 diabetic.

Thanks to my mom,

she recognized that his blood sugars were painfully low.

We called a paramedic, and if we hadn't,

he was this close from slipping into a diabetic coma.

I also have two friends who've been hit by cars in the last year.

One of them has a visual impairment,

and the other one uses a scooter because of an acquired brain injury.

If I have a large amount of seizures in a short period of time,

I lose a lot of short-term memory.

especially if I'm trying to achieve something,

and it can also be embarrassing

if I'm trying to have a conversation with someone.

I don't know where I started and they ended.

I also feel so fatigued.

I might need to sleep for three to four days.

This fatigue is on top of the medication that I take.

You know, you've seen the ads for medication.

you might have to say goodbye to a lot of things.

You have heart disease?

Kiss goodbye hiking in the mountains with your friends.

With chronic illness, it is a world of loss.

Now that I have painted a picture for you

of what it's like to experience chronic illness on a physical level,

let me paint for you a picture of what it's like

to live with mental health issues and emotional issues.

I have been plagued by anxiety,

and I did not leave my house for an entire week.

I have also fallen into a pit of despair and depression,

I've seen this among my other friends with chronic illness too.

So if you see someone who is isolating themselves,

reach out a hand, talk to them.

Talking to them shows them that you care.

Help in whichever way you can.

On top of all of this, the icing on the cake,

is how people treat you based on your chronic illness.

For my age, the challenges of dating loom large.

when I'm meeting someone for the first time.

They're generally pretty cool about it.

"You've got epilepsy? No problem."

"Seizures? Seen them in the movies."

But, sometimes people can be unkind.

I was on a date one time, and it seemed to be going pretty well.

We were in a restaurant making casual conversation,

and we decided to walk down by the water.

We weren't really talking about anything in particular,

and we got to a crosswalk.

We got to the crosswalk, and as we were crossing, boom!

I had a seizure and fell flat on my face.

Now, I had taught this person about the appropriate seizure first aid.

The first thing I told him - be calm.

So when I came out of the seizure two minutes later,

I pulled myself up, back on my feet.

He was calm, but he was so full of fear.

I could feel it.

So I was getting my head back together, and he said to me,

I would've expected you to at least text me that after we said goodbye!

It would have been a little bit more tactful.

So in addition to acceptance of other people,

you need to come to terms with your own chronic illness.

Acceptance is the big job of the chronically ill.

No, it doesn't happen overnight.

It can take years and even a lifetime.

Acceptance brings up ideas, such as, what does this mean for me?

Will I be able to find a partner?

Will I have kids?

Will I be able to raise these kids?

Will I find a job or live in constant poverty?

These thoughts can be so overwhelming,

and it takes a lot out of you.

Also, when we are children, we are told, "Dream big!"

"What do you want to do when you're an adult?"

I have known that I have wanted to be a social worker since the age of ten.

I don't know about you, but for me, that's a long time.

but I don't know if I will be able to do what I want to do in my line of practice.

I also have a good friend, Vanessa, who used to be a competitive dancer.

Then she was struck with arthritis.

She had to completely alter her life path

because of a diagnosis that had no cure.

How would you feel if you had to give up your dream?

and all of the things that you have to go through,

and you might be a little bit overwhelmed at this point,

So my three-point plan is this -

First of all, accept that there is no such thing as a norm.

with regards to mental health, ability, and well-being.

Accept that, and act accordingly.

Also, you may be struck down with a chronic illness

at some point in your life too.

My second plan to action is to have empathy.

You have no idea what people are going through on a day-to-day basis.

If you do, though, reach out to that person.

My final call to action is - consider this:

Maybe a person's chronic illness isn't their problem, but your problem,

and the problem of society at large.

If we had a more inclusive paradigm

that included people with chronic illness,

we might be able to pull people out of the hell that is chronic illness. 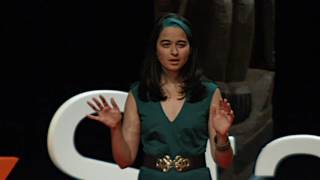 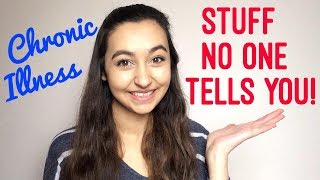 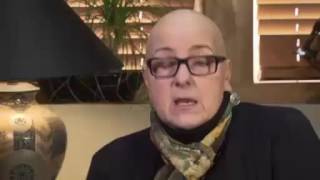 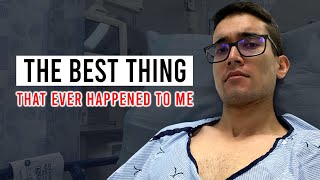 What Chronic Illness Taught Me About Life 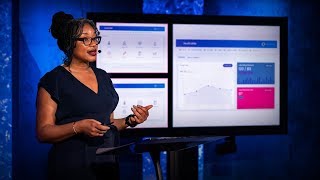 Morning Routine With Chronic illness | Day In The Life 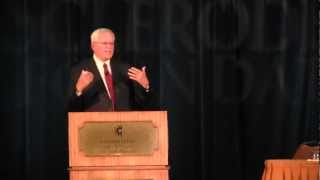 "How to LIVE with a Chronic Illness" Opening Keynote SF 2012 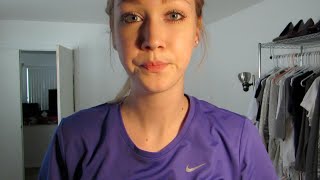 Finding Happiness While Living with a Chronic Illness

DAY IN MY LIFE WITH CHRONIC ILLNESS 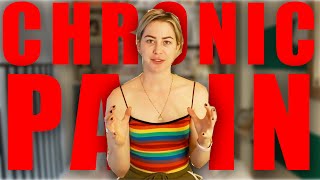 How I live with daily CHRONIC PAIN (Q&A)