How to live
A Fulfilling Catholic Life

Why Be Catholic and Not Just Christian?

Hi, my name's Fr. Mike Schmitz and this is Ascension Presents.

I get asked a lot of times,

"Father, so you're Catholic, right?"

They say: so what's the difference, what's the main difference between, like, the Catholic Church, and any of the other Protestant denominations or non-Catholic churches.

And I know that's a bad word, many of us we don't like it, we're like, blah, authority!

That doesn't sit right with me.

What do you mean "authority"?

I would say this:

That the Church has the ability to teach us.

The Church has the ability to teach us

in the name of Jesus, in the power of the Holy Spirit, in the glory of God the Father,

that the Church has the ability to tell us, this is true, and this is not true;

that the Church has the ability to establish doctrine.

the Church that Jesus himself founded back in Matthew chapter 16.

Jesus looks at Simon and says, "Simon, your name is now Peter, 'rock'. And upon this rock I will build my church, and the gates of hell will not prevail against it."

He goes on to say: "I will give you the keys to the kingdom of heaven."

Now, here's the interesting thing that you may or may not know.

But it's not an invisible kingdom. Why?

Because we can look at Jesus, as the king, establishes the kingdom, but when He says to Peter, you know, Simon, now Peter, he says "I give you the keys to the kingdom etc. etc."

He's referencing Isaiah, the book of the Prophet Isaiah.

And in Isaiah, there's this role, in the kingdom there's a role, there's the king obviously, but there's also the prime minister, the one who is the overseer.

And when the king is gone, this person is in charge, this person has the authority of the king. It says that in Isaiah chapter 22.

And it's almost word for word what Jesus gives to Peter. The keys to the kingdom of heaven.

He gives the Church a visible structure, and an actual hierarchy.

In the Acts of the Apostles chapter 15, they're this big crisis, and the crisis is, the apostles had been evangelizing the Jews.

So, basically they were all Jews.

So they're sharing the good news with Jewish people. It was awesome.

But then they realised, because Peter had a vision, and Paul was called to do this too, that they were called to bring the Gospel to non-Jews.

Which is amazing and good because I am a non-Jew, and I get to be brought in, right? To the people of God.

The question came up,

OK, so when you evangelize Jews all you need to get is baptized because, they're already circumcised.

They're already in the Old Covenant.

So in order to be brought into the fulfilment of the Covenant, the New Covenant, they just have to be baptised.

But if you're evangelizing Gentiles, question, do they first have to be circumcised, and then be baptized?

Or can they just be baptised? Now you can see at least two ways why this would be a very important question.

One is if you were an adult Gentile man this would kind of be a big question he would want answered, 'do I have to do this? Or is this kinda optional?'

You want that resolved ahead of time.

But secondly, even more importantly, if I need to get circumcised in order to get baptised, and I'm not, that means I'm not saved.

Like, "Do we have to do this in order to be saved?" is the big question.

The problem is, Jesus never taught about that, and the Bible never teaches about this.

And this is the problem, the problem with a thing called "Sola Scriptura'" or "Bible Alone".

You know, one of the pillars of the Reformation was this idea that "Bible Alone" or "Scripture Alone" you don't need the church you only need "Bible Alone".

What about when the Bible doesn't teach something? What do we do?

Well, what happened was in Acts chapter 15 the apostles came together and again I'm not saying some loose kind of invisible church, but the actual structure of the Church.

Those apostles, the people that Jesus himself called, Peter as the pope, Paul and Barnabas, to have this body of the Church.

And the Church gets together, and they discuss, and they debate, and they pray, and then they decided.

They said, "it seems to the Holy Spirit, and to us, that we should not impose this on Gentiles, they do not have to be circumcised in order to be baptized."

And not just to teach, but to teach definitively, not merely optionally.

because people pick up the Old Testament and they pick up the New Testament Scriptures, which also the Church gave us. Another video by the way.

I think he only looked like human." And that was a heresy called Docetism, in fact it was one of the earliest heresies,

was that Jesus was fully God, but he wasn't fully man.

In the Church, again not this generic, invisible Church, but the actual, physical, structure or hierachy of the Church said, "That's incorrect."

Then other people came along and said, well he's fully human but maybe he's only partly God, like 'quasi' God like the Aryans.

And the Church came together at the Council of Nicaea 325 (A.D.) and they said, "No, Jesus is fully God, and fully man."

Two natures, human and divine, in one divine person.

Now, every Christian in the world believes that.

Because in some way, whether they admit it or not, every single Christian in the world believes that the Catholic Church has the authority to teach.

Every Christian who believes in the Trinity, that God is Father, Son, and Holy Spirit, co-equal, co-eternal that no one is greater than the other

believes that, because of the authority of the Catholic Church.

That this is the interpretation of the text.

And we need that, here's the crazy thing, we need that so badly, OK, here's a little mental exercise.

Imagine that you are God, for some of you this will not be the first time today that you did this. And it is so important to you,

that the people you created know who you truly are, that they don't get you wrong.

So what do you do? Well, you don't want to overwhelm them with your beauty and power and glory and truth

because then they might have to serve you out of fear.

So you start small, you start with this guy named Abraham, or Abram, you know he changed his name to Abraham.

and you slowly reveal yourself to them and very carefully, because you don't want them to get any part of you wrong.

And then in the fullness of time 2,000 years ago, you yourself actually become one of them. You become a human being.

And in that, you reveal who you truly are, and you don't do it as the most powerful one, or as the greatest one, or as the richest one, you take the lowest place

as a humble, poor person. And you die as a criminal. You let yourself be overwhelmed by suffering and death.

Why? Because it's so important to you as God that people know the truth and depth of your heart.

Then you rise from the dead, you send your Holy Spirit to the apostles and then they write down all these things.

And, while they're writing these things down, you preserve it. Why? Because it's very important to you as God

that they write down exactly what you want them to write down, and no more and no less.

you, by your Holy Spirit you guide that copying, you guide that translating, so that they don't get you wrong. Why? Because it's very important to you as God

that no one gets you wrong.

Here's this infallible book, right? It's a book that has, it's without error.

(There's a whole other video about that).

The point is, you compile this infallible book through fallible people.

But you compile this infallible book, now, if you were God, would it make any sense for you

to then say, "OK" to anyone, "Here's this infallible book, boom, take it, read it, tell me what you think." No you wouldn't. Why?

Right? The Bible is infallible, but without an infallible interpreter

it's like, that's why you have 30,000+ denominations of Christianity in the United States.

Because, you know, someone picks it up and says, 'Oh, here's what I think.'

someone else picks it up, 'no no no, here's what I think.'

That's one of the reasons why G.K. Chesterton back in the day he had said, while he was Catholic, they said he said:

Because I don't need a church who can tell me when I'm right, I need a Church that will tell me where I'm wrong.

So if you ask, you know what's the big difference between the Catholic Church and all the non-Catholic Christian denominations?'

From all of us here at Ascension Presents, my name's Fr. Mike. God bless. 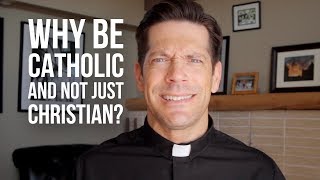 Why Be Catholic and Not Just Christian? 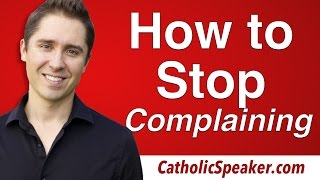 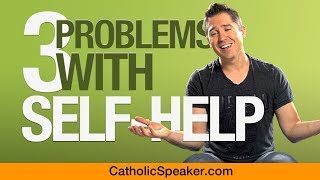 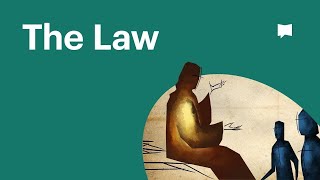 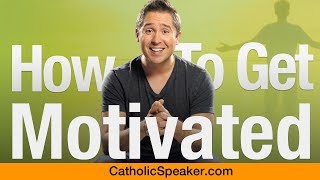 How To Get Motivated (Quickly) - Catholic Speaker Ken Yasinski 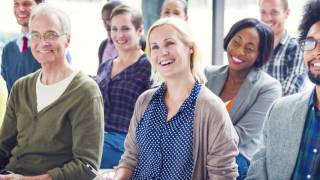 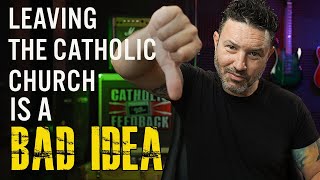 Leaving the Catholic Church is a bad Idea 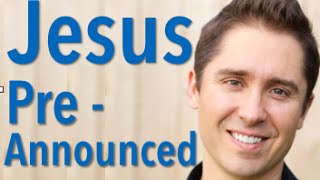 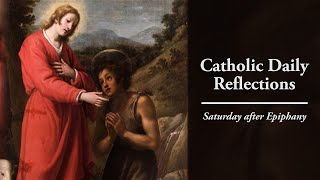 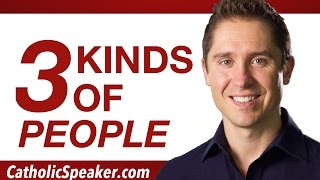