How to live
A Balanced Christian Life

Hi, my name is Father Mike Schmitz and this is Ascension Presents.

So, I know that for so many people, the desire to find balance in their life has become kind of this over ... over ...

overwhelming, like, goal. I have work. I have family. I have faith. I have my friends. I have hobbies.

I have all these things in my life.

And I don't have balance in my life. And so the question can come up like, how do you achieve balance? There's going to be three things, right?

First thing: I remember hearing this from someone who I thought was very wise when they said this, they said,

"Many of us imagine balance as rest. Right? Like, balance as something static."

But it's not and they gave this example.

Now pay attention to what your foot is doing and what your body is doing.

compensating for the fact that you're on one foot."

So you haven't achieved balance; you're balancing. So it's gonna be ongoing. It's not rest, it's active.

Number two: balance in your life is going to be disproportionate. We don't have equal parts family,

whatever the other thing is. Even that kind of idea that, you know, "Work-life balance, I want my family and my life balanced."

It has to be disproportionate.

This is even true when it comes to work. I mean think about

something we got from the Bible.

Here's God who creates the world in six days.

Again, this is figurative language.

We all know that it actually happened, but how it literally happened doesn't have to be six days.

But it's very theological and deep and a whole other thing with that.

Anyways, back to our story, God works for six days.

He rests for one day.

We work five or six days and rest for one or two days.

And if we actually were to change that and say like, I work and rest half-and-half.

There's something off about that, I think. You know, maybe you would say, "No, I've tried it and I love it.

They do it in Europe." I don't know if they do. But I don't think that's balance.

I think everything in its place is balance. In fact, there's going to be things that are disproportionate in your life

if you want a great life.

I remember, I was watching this competition.

It was a CrossFit thing, anyways. But I was watching this competition and the woman who won,

Champions can't have balance. Because they have to be all about the thing that they want to be a champion about.

So as a Christian,

it means that Christians can't have balance either, in the sense that,

I can't just give equal parts to every thing.

I've got to make some decisions

I've got to, I've got to make the decisions about, "What am I gonna seek first?"

And Jesus said, "Seek FIRST the kingdom of heaven."

If we're gonna be saints, it means you're not gonna have balance. So seek first the Kingdom of God.

So first thing is, you don't have balance, you're balancing.

Number two is, um, that sense,

What is it? Disproportionate.

And number three is you need priorities.

Now one of the things we hate to do is we hate making decisions. We hate saying no to something,

because even if that means we get to say yes to something greater,

but we have this fear of missing out, and so it's like well I'll say yes to all these things.

the good, in choosing all the goods, is the enemy of the great.

We said before, that sometimes perfect is the enemy of the good. And that time, other times,

choosing so many goods becomes the enemy of the great.

We need to prioritize.

I remember, I came across something a while back that said,

All these things they want to do.

They have all the things they want to do, but they've taken the next step, and they've decided.

And you can see this in people's lives, right?

Every open door, you know, that you walk through, it costs all the doors you didn't walk through.

And so here's someone who says, you know, "I value,

my career very highly." and so there's going to be a trade-off.

You will not have as much time with your family and friends.

Someone says, "You know, I value my family and friends more than I value that certain kind of income."

Say, OK, that's the trade off. You get more time with family and friends, but you have less financial resources.

But if you've made this decision,

these are my priorities. I value this over that. I value

friends over finances. I value my faith over the rest of my life. That recognition that you have goals,

but you've made decisions about those goals.

You've made them priorities. If you're gonna be a saint you cannot do everything, but you have to do the most important things.

where St. Paul says, he says,

"As you walk, do not walk as unwise people, but walk as wise people." Like, be careful how you live.

A lot of us, we don't make decisions.

No, be careful how you live. Do not walk as unwise but as wise.

So, hope you find some balance or at least have a great time balancing.

From all of us here at Ascension Presents,

I just winked, dang it. I should change that.

OK, let me do that again. From all of us here at Ascension Presents, my name's Father Mike. 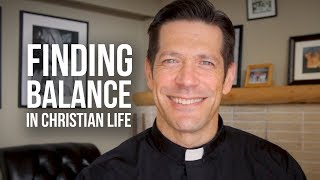 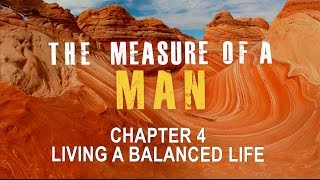 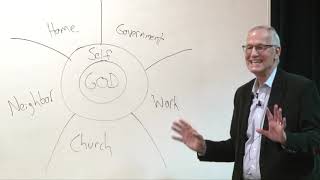 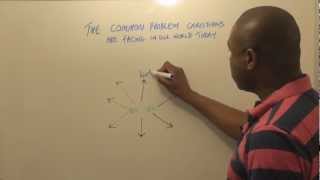 HOW TO LIVE A BALANCED CHRISTIAN LIFE - Apostle Joshua Selman 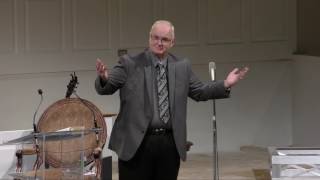 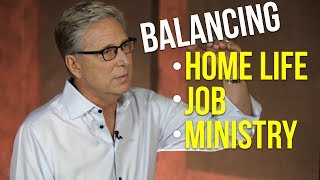 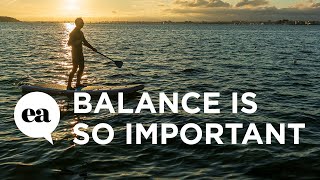 Balance Is SO Important | Joyce Meyer 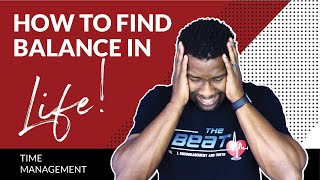 How to Find Balance When Life Gets SO Crazy and Chaotic