How to listen
English Songs

Do you want to learn English with songs?

Let's talk about 11 songs that are awesome for learning about English.

For me, when I listen to songs, I feel energized, and excited, I feel optimistic about life,

and I hope that this is the same for you, especially when you listen to music in English,

because there's times in your English journey when you feel down, you feel like you're not

going anywhere, you're not improving, and I hope that music, especially the songs that

I'm going to share with you today will help to boost your spirits, and also help you to

get comfortable speaking and using English.

Why are songs good for learning English?

You didn't need to make the sentences yourself, so you're just able to speak and imitate,

and hopefully have this positive, optimistic attitude.

Before I share these 11 songs with you, I want to address a question that I'm sure a

lot of you are thinking, "Vanessa, English songs are so fast.

How in the world can I understand each of the words?"

I have a couple suggestions.

First of all, you can look up the lyrics.

Lyrics are the words of the song.

Look up the lyrics on Google, even print them out if you want, listen to them, read them,

try to follow along as the singer is singing, or on YouTube, there are a lot of versions

of the songs that include lyrics, so the lyrics will follow as you're watching the video,

and that's really helpful, even if you just memorize the chorus.

The chorus is the part that repeats a lot again and again.

If you just memorize the chorus, you're already using English.

You're using those muscles, and that's so valuable.

The first four songs that I'm going to share with you are older songs.

That doesn't mean that if you grew up with these songs, you are old.

It just means that they're not from the past 10 years.

They're older than 10 years.

Then, the next four songs are more poppy, more current songs that came out in the last

Then, the final three songs are just some miscellaneous songs that I thought would be

You can find the links to all of these.

My preferred YouTube video, you can find them in the comments so that you can watch every

single one of these songs, and that's my challenge for you, to choose one or all of these, spend

In this song, you're going to learn some great expressions like, "Get a choice", "Get tired

These are just daily life expressions, but this music is kind of like 1950's style, but

it was made in the 1980's, so it has some really great, catchy tunes, catchy chorus,

and I hope that it will help you with your English.

Can you guess what band that is?

I could have a full video giving you recommendations for Beatles songs, but I realized that a lot

of people already know the Beatles, so I chose one that I think is really important, and

It's short, fun, it includes a great phrasal verb, "We can work it out", and you're going

of the same words.

You're going to learn expressions like, "Time can tell".

I hope that this will help you to add to your vocabulary.

In the description of this video, I actually didn't include his version.

It's your choice which one you think is better, but I wanted to include this song because

there are a lot of great verbs, and also, the style of speaking is slow, but it's still

You're going to hear that, and I hope that all of these songs really will include verb

tenses that are going to feel more comfortable to you after you listen to the songs.

My fourth and final recommendation for somewhat older songs is from Queen, 'Somebody To Love'.

Every time that I listen to Queen, I get so much energy, and I always think, "Why don't

I listen to Queen more often?"

For some reason, this is the perfect style of music for me, so I tried to choose a song

that wasn't too challenging, but it also had some great things that you can use for learning

In this song, they repeat the question again and again, "Can anybody find me somebody to

Here, you're going to practice question sentence structure, and even though the words are a

little tough, I recommend checking out the lyrics and trying to follow along, even if

you just sing the chorus.

This is going to give you a lot of energy, and I hope positive feelings about English.

Unfortunately, Dan does not like this song, my husband, so he didn't want me to include

it in this list, but I feel like he speaks so clearly that it's great for pronunciation.

If you can repeat the chorus, it's going to help your speaking muscles, so even though

able to repeat these words as well.

I do want to let you know that he includes a grammar mistake in the chorus, and this

is pretty typical, and I want to try to explain why maybe he chose to use a mistake.

In English, it's not a good idea to use a double negative.

That means two negative words in the same sentence.

Technically, he should say, "I won't hesitate anymore", but he's a songwriter, so we say

that he has poetic license.

He can do what he wants if it makes him feel more comfortable, and it makes the song flow

better to have a mistake.

Whatever, but I wanted to let you know that he is including this, and maybe it's because

when they listen to that song, they'll recognize it as a mistake, but it's a song, so we kind

of are a little more flexible when it comes to songs and grammar.

It needs to rhyme, it needs to feel good, and he just chose to use this.

This song is really popular, and if you can memorize the chorus, sing, sing, sing.

Try to sing it as much as possible because not only is it filled with optimism, but it

also repeats a lot of the same words, so I hope that they will stick with you, and that

you already know in English.

That's why songs are great for you.

There's a fixed sentence structure, and you're just repeating it, but hopefully having a

I want to let you know that in his song, he also uses a mistake, and it's the same mistake

that you saw in the previous song.

It's a double negative.

Here, he is just using his poetic license to have this song feel the way he wants, but

he says, "Can't nothing bring me down."

Two negatives, but really, it should be, "Nothing can bring me down."

We're taking out 'Not', but he uses it, and he thinks that it's going to feel good in

the song, and he's the artist.

It's his choice, right?

The seventh song that I recommend is also a pop song, and it's kind of my guilty pleasure

Guilty pleasure means that I'm a little bit embarrassed, but I like this song, but it's

It is Carly Rae Jepsen's 'Call Me Maybe'.

I'm sure you've heard this song.

That means that people took the same idea for the song, but added different words, and

it's perfect for that kind of thing.

In this song, you're going to learn a lot of great expressions.

Some examples are "Just", or "Look right at someone", or, "Came into my life".

These are phrasal verbs and daily life expressions.

The eighth pop song is the ultimate pop song.

It is Taylor Swift's 'Shake It Off', and of course you're going to learn the phrasal verb,

"Shake off something", but this includes a lot of repetitions, so it's perfect for pronunciation.

She repeats these words, so I hope it will help your pronunciation, and also your sentence

structure, and hopefully your optimism too.

The idea of this song is if someone is hating what you're doing, don't worry about it.

Shake it off, so this is a great idea for English.

If you make a mistake, poof.

Don't worry about it, feel better about it, and forget it.

The final three songs are in another category.

They're not really older songs.

They're not really pop songs, but I wanted to include them today.

The first one is the song 'Jolene', and I added the version that Miley Cyrus sings,

but Dolly Parton was the original singer of this song.

This song is a country song, and it's about revenge and jealousy, kind of the opposite

It's about revenge and jealousy, and you're going to learn a lot of great descriptions

They're describing a woman in this song with auburn hair and ivory skin, so you're going

to learn these adjectives that also ways to describe someone.

This song has a lot of words, but he speaks clearly.

It's a kind of slow, love ballad, but it's also filled with energy and positivity.

He uses some great expressions that native speakers use a lot, such as, "Whisper underneath

my breath", or "Fight against all odds".

song, I recommend watching either the lyrical video or looking at the lyrics on a paper,

and really going over these and singing with it, trying to feel passionate with this song.

My final and 11th recommendation comes from the internationally loved band, Maroon 5.

There are also a lot of words in this song like the previous Ed Sheeran song, but you

This song is infused with a lot of energy, and he uses some great expressions, such as,

this, I recommend looking them up, asking someone, researching, trying to use this and

find out what it means because you're going to get a bigger picture of the song, and then

when you hear it, sing along with it.

You can use it yourself, and it's a great way to use new expressions.

All right, my challenge for you is to check out some of the links for these songs, listen

to as many as possible, and choose one that you can look at the lyrics, and try to repeat

This is a great way to shadow, but also have some positive energy around English.

Hopefully, it will boost you.

Maybe it will give you a boost in the morning when you're getting ready.

Hopefully, it will help you to feel positive and optimistic about your English journey

because I know it's not always easy, so songs are a great way to pick up your spirits.

Choose one of these.

Let me know in the comments which one of these would you like to listen to.

Do you have any other songs that you'd like to recommend to other people to listen to?

Thanks such much for learning with me, and I'll see you the next time.

The next step is to download my free e-Book, '5 Steps to Becoming a Confident English Speaker'.

You'll learn what you need to do to speak confidently and fluently. 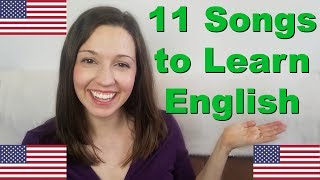 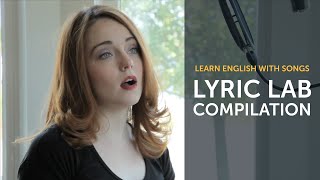 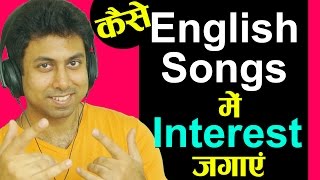 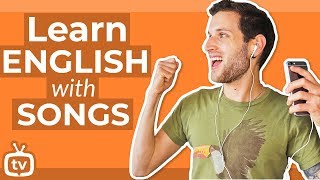 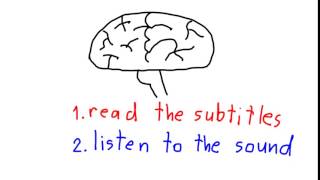 How to listen English very well 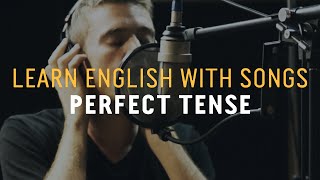 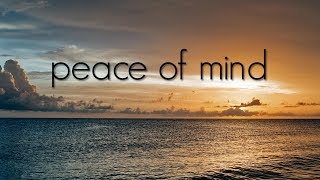 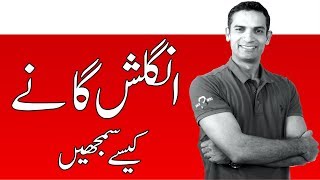 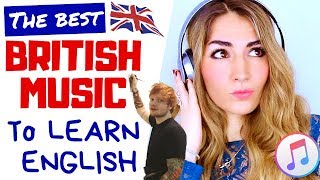 The Best British Music to Listen to Learn English! 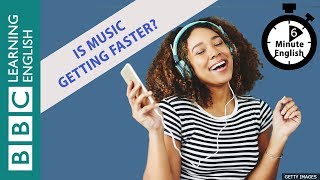 Is music getting faster? Listen to 6 Minute English