How to lead
A More Creative Life

How to be a more creative person | Bill Stainton | TEDxStanleyPark

I think that's true for most of us.

I mean, be honest, how many of you wish you could change seats right now?

The problem, though, is that by avoiding the weird people,

by staying inside that comfortable cocoon of people like us,

we're actually cutting ourselves off from the very people and experiences

that can lead to our most creative ideas.

And we need those ideas, now more than ever.

A few years ago, I was flying home to Seattle from New York,

I had an aisle seat.

And in the middle seat was ...

So I'm doing, like, my little internal happy dance.

When, just before the doors close,

one last passenger gets on the plane.

I don't know what Methuselah's grandmother actually looked like,

but this had to be close.

She stops right beside me, pokes me with her bony finger,

points to my empty seat

So, I did what most of you might have done.

I retreated into my cocoon.

I put on my headphones, and I escaped into my music.

Music has always been my escape.

Whether I'm playing drums at a Blues club or Chopin on my piano at home.

And so, for the next five hours, I retreat.

And then, because I had just finished an incredible biography

of one of my musical heroes, Stravinsky,

I cap it off by listening to his magnificent "Firebird Suite."

As we descend into Seattle, middle seat pokes me again.

Apparently, it's time for the obligatory final descent conversation.

You know that one?

I have not been there since I was young woman. I was teacher."

"What did you teach?"

Did you teach Russian music?"

because I was just listening, I mean, like just now,

I was with him when he wrote it."

And then the plane pulled up to the gate,

and I never saw her again.

I had just flown across the continent

separated by only five inches and a pair of headphones

from possibly the most fascinating person I would ever meet.

And I didn't know it until the last five minutes.

I had completely written her off, for five hours,

because she was different from me.

How often do we do this?

Miss out on an amazing conversation,

because they involve someone different from us?

What's the real cost of staying inside your cocoon?

See, I think the cost is incalculable.

Because by staying hidden in our cocoons,

we are robbing ourselves, our communities and our world

of the creative ideas that are essential to solving our biggest challenges.

The world needs your creative ideas.

The only reason people don't think they're creative

is because they don't understand what creativity really is.

They think it's the lightning bolt that only strikes the gifted few.

We are all the gifted few.

For fifteen years, in Seattle, Washington,

I was the executive producer of a comedy TV show called "Almost Live."

For fifteen years - the fan club's here, both of them -

was to be creative.

And over those fifteen years,

I discovered what creativity really is.

I have to teach you how to write a joke.

A horse walks into a bar.

The bartender says, "Why the long face?"

Okay, now see, that was funny,

back in the days of vaudeville.

But what does this joke -

and virtually any other joke you can think of - actually do?

Well, it takes several elements that are different,

that don't normally go together -

and finds a surprising connection:

That's what creativity is.

It's taking two or more things that are different

and finding the surprising connection.

And the Reese's Peanut Butter Cup.

But creativity, in short, is all about connecting dots.

And these dots can be anything.

an elderly woman in the middle seat.

And the more ideas you encounter,

the more experiences you have, the more people you interact with,

the more connections you can make.

This is a sheet of Avery dots.

There are a lot of dots here.

Which means a lot of connections.

Imagine, though, if all you had were two dots.

Not a lot of connections going on here.

How many of you are related to someone like this?

These are not the people who are curing cancer.

I mean, it just stands to reason that the more dots you have,

the more connections you can make.

Which means the odds of one of those connections being that breakthrough idea,

for you, your office, your business, or your world,

But what do you notice about these dots?

They're all alike, aren't they?

They're all three-quarter inch, navy blue.

Now, if all of your dots are three-quarter inch, navy blue,

then most of your ideas are going to be three-quarter inch, navy blue ideas.

But what if your dot collection looked more like this?

Well, you start connecting these dots,

and there's no telling what color your connection - your creative ideas -

A blue dot, a yellow dot, make a green idea.

And what if these dots were also different sizes?

What if your dots,

the ideas, the experiences, the people, in your life,

I told you I used to produce a TV show in Seattle.

Because we found the genuine big name to be our guest.

Our guest that night was this guy ...

Okay, in fairness, he did not look like this, then.

Did any of you, like, in your teens and twenties,

go through that awkward stage?

Yeah well, Johnny was going through his awkward stage too.

I mean, you guys in the audience,

can you imagine having to go through your teens and twenties

Well, Johnny was shooting a TV series here in Vancouver,

And we got him!

Until the morning of the show, I get a phone call.

Yeah, listen, I'm not going to be able to make it tonight.

No, they scheduled reshoots for "Jump Street."

I can't get out of it. I'm really sorry but I've got to cancel."

And now we're in a panic.

I call an emergency meeting;

we try to come up with a guest for tonight's show.

Uh, what about one of them Seahawks?

No, they're out of town.

How about that cute new anchor at Komo TV?

And on and on it goes. It's starting to look hopeless.

When one of my writers, in fact my lowest paid writer,

Clearly, he did not understand the situation.

I mean, we're looking for a guest for the show,

and he's babbling on about liquid nitrogen.

By the way, this was my lowest paid writer.

His name was Bill.

Well, naturally, my first reaction to Bill's suggestion was,

Look, maybe not my finest moment, but why was that my first reaction?

Well, it's because I was in my cocoon, wasn't I?

And in our cocoon, we were looking for a guest to interview.

That was our three-quarter inch, navy blue dot.

But then Bill started painting a verbal picture for us, using different dots.

"Hey guys, no, this could work. I mean, liquid nitrogen - it's very cold.

You take an onion, throw it in the liquid nitrogen,

take a pair of tongs, pull the onion out, hit it with a hammer,

"Guys, it gets better.

You can take a marshmallow, throw it in the liquid nitrogen,

take the tongs, pull the marshmallow out, pop it in my mouth, bite down.

Smoke pours out of my nose and mouth."

Who now hangs out -

Who now hangs out with these guys.

Because he was diffferent than us.

We were all writers and producers.

Bill Nye was and is a science guy.

He saw the world differently than we did.

He was the different colored dot.

And we all benefited

from our collaboration with that different dot.

and an entire generation,

that was introduced to the world of science and possibility,

When Bill Nye, the Science Guy, got his own TV show,

he'd tape the list of objectives to the studio wall.

Do you know what objective number one was?

The power to connect dots creatively

is the power to change the world.

In 1440, Johannes Gutenberg connected a wine-processor with movable type

and created the printing press.

He changed the world.

In 1962, a collaborative team of four young men from Liverpool, England,

connected blues, Motown, skiffle, and pop and created the Beatles.

They changed the world.

In 2016, Burger King connected a Whopper with a burrito

The jury is still out.

My point is that virtually every great invention,

virtually every great thought that went on to change the world

came from someone, or a collaboration of someones,

that nobody else ever had before.

And you can do it too.

All you have to do is crack your cocoon.

Can you do that?

Will you do that?

It just requires you to be two things.

First, you have to be a dot collector.

Remember, the more dots you have - ideas, experiences, people -

and the more different they are,

the more creative your connections will be.

See, that's the real beauty at an event like this.

Because you're going to see a dozen or so brilliant talks,

that have nothing whatsoever to do with each other.

They'll now be a part of your collection.

Which means that tomorrow or a year from tomorrow

you'll suddenly think, "Wait a minute, this reminds me of that TED thing."

That's how it happens.

But you've got to collect the dots first.

And the second thing you have to be is a dot connector.

You have to teach yourself to ask the question,

Creativity is the spark that ignites when two or more different ideas collide.

So, how will you crack your cocoon?

How will you collect and connect your dots?

Instead of looking at other people as different,

look at them as additional pieces to a puzzle.

You're just one piece.

You need the others to complete the picture.

And you can start today - you can.

Look, have a conversation with someone you don't know.

Go to lunch with someone different from you.

Take a class, learn a language,

Okay, some of these are better than others.

Because when you crack your cocoon, your world will change.

Your world will change because promise and possibility

And those creative ideas,

the ones that can change not just your world, but our world

I'll always regret that I stayed inside my cocoon

for that entire five hour flight.

if I had cracked my cocoon,

let go of my prejudice and judgment,

and connected with someone different from me.

Don't miss out on your great conversations,

and yes, your great ideas. 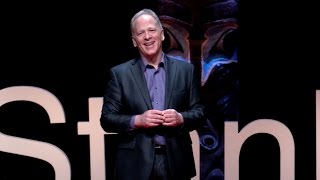 How to be a more creative person | Bill Stainton | TEDxStanleyPark 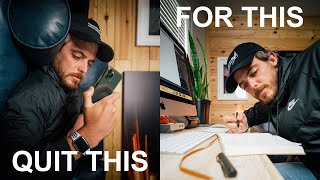 My Everyday Trick to a Productive and Creative Life 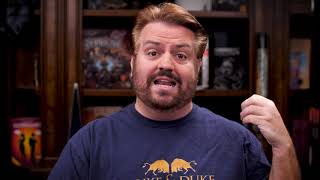 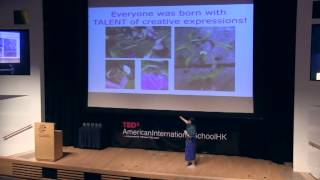 How to live a creative life? Yedan Huang at TEDxAmericanInternationalSchoolHK 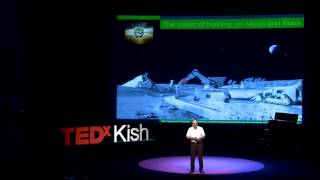 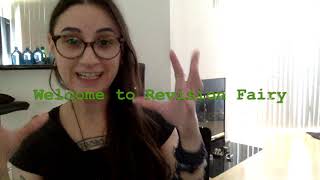 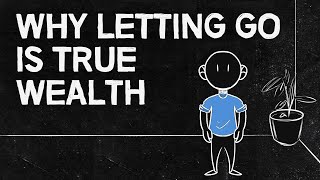 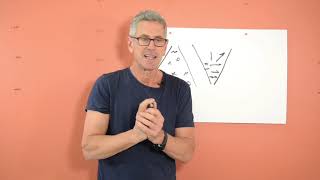 Why your creative life is expanding 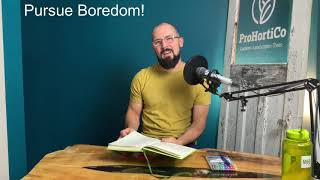 How did you think of your IDEA? [Keys to living a creative life!]