How to lead
A Business Team

How To Manage A Startup Team | Dan Martell

- How to manage a team, now I don't know about you,

but if you've ever felt frustrated working with people

my vision for the business?

Or why do I need to monitor everything they do?

Or why can't they just come up with their own to-do lists?

I have to keep creating their own.

It's just life, guys, just deal with it, honestly.

I'm gonna share with you guys in this video,

my three M framework for dealing with teams,

I'm gonna break it down, but I also wanna

when I started Spheric Technologies, the company that

really finally allowed me to understand

how businesses should be built,

I was so bad at managing people,

that I actually had to hire somebody to do that for me.

And the reason why is I was just so intense,

so passionate, so excited about what we were doing

that anytime I felt like somebody wasn't on that same level,

I rubbed them the wrong way, and I totally got that.

At least I was smart enough, I think,

to find somebody to be the buffer between us.

But over the years I realized this is just

no way to build a business, and I had to work on myself.

I had to read the books.

I had to learn and get feedback, 360 feedback from my team,

so that I could understand what was missing

for them to really feel like they could accomplish

what they're out to do, and I could feel certain

that we're aligned, and we're pulling in the same direction

on that piece of rope.

So the three M framework comes down to these three pieces,

number one is the four meetings.

The meetings that you need to be having in your team.

The first one is a daily stand up.

Every morning, depending on if your team's international,

all over the world, figure out what time zone

works the best for the majority of the people,

and the ones that can't make it, they just send in

a quick email to the team with an update.

But it's a stand up meeting.

I borrowed this idea from Agile Development,

or Scrum, but it's really just, what did you do yesterday?

What are you doing today? And are you blocked.

It takes less than two minutes per person,

50 minutes usually, max, if you have a bigger team.

You can do it by department.

But just a daily stand up to create a heartbeat

And I do it myself as the CEO and founder.

I'll update and let them know, here's what I'm working on.

And if I'm blocked on a major piece

that somebody else is working on, I want to let them know

in front of everybody else, and it creates

The weekly meeting is number two,

the four meetings you gotta have, stand up, weekly.

You know, every week for a department you need to sit down,

review how you guys are doing,

what's stopping anything, and what are some of the

And really celebrate, so that's the weekly meeting.

The third meeting is the quarterly retreats.

So maybe it's three times a year, twice a year, but,

for me I like quarterly, where I grab the senior management

of the company, and we go away,

and we kinda just talk strategic.

Because many times you're so busy just executing,

getting crap done, you don't take time to take a step back

and really evaluate how we've been doing,

you know, are we on track?

Do we feel like this is the right direction to be going in.

So on a quarterly basis, ideally,

you're getting the team away.

Now if you want to it virtually, that's cool.

But at minimum a day, ideally two days,

and honestly, in person.

And when I've had a team distributed across the world,

we do 'em three times a year,

we pick a cool location that we'd all wanted to

go check out, maybe it's a ski place, whatever,

we do our meetings and we'd have some fun as well.

And then once a year you wanna sit down and do

So really ask yourself what did we do this year?

Were we on goal?

Where's the opportunities to improve?

And do debriefs on all the major projects,

but also, for the next year, ask yourself

what are we gonna do that's exciting?

as my buddy Todd Herman talks about.

You wanna figure out where is the business going?

How are we gonna get there?

and that's your yearly planning meeting.

So those are the four real quick,

the daily stand up, the weekly meeting per department,

and then also the other two is the quarterly retreats

and the yearly planning.

Do that and your team will love you for it.

OK, trust me, I had to learn this the hard way.

I want you guys to get it right from the beginning.

The second thing is the message.

You know, to me there's kinda three parts,

the team wants to know, they're playing this game,

Imagine playing soccer not knowing how do you score?

How does this process work?

So without knowing the direction,

and what's the expectations,

then nobody really understands

how do I know if I'm doing a good job?

So that's the first part of the message, right?

Number two is getting them unstuck.

It's asking them that question, that's why we do

the daily stand up, are you stuck?

And then your job as a leader is to get them unstuck.

So asking them that question is part of the message,

it's KPIs then unstuck, what are you stuck on?

That's your job usually throughout the day

as the manager or the founder, CEO to help them get unstuck.

The third is delegate, and not just delegate

and then forget about it, it's delegate and verify.

All right guys? I made this mistake.

I don't know if you saw my three biggest mistakes video?

Number one was hiring somebody,

giving them a huge project to be accountable for,

and not even paying attention to it,

cost me a lot of money, and now,

when I delegate I always verify.

So the second M in the three M framework

for managing reams is the message.

KPIs, unstuck and delegating with authority,

and giving them the tools they need

to actually be successful.

The third M is motivation, all right?

And a lot of entrepreneurs and founders they just

Why do I have to recite myself?

But I'm gonna tell you, the story,

why you started the business, should be something

that everybody in your team, all your contractors,

and ideally even your customers

should know how to tell.

They should know why you got into this industry,

why you got into this business, your purpose.

So that's the story part, and that is the motivation

for other people because if they know that,

if they know that it comes from a place of

vision and excitement, then they're gonna work harder.

To me the other one is understanding your

why as a business.

Why are you here?

really to nail the motivation aspect is,

what wrong in the world do you want to right?

What did you see that was broken that you were just

frustrated, and you were like, I can't believe this is

working this way, I'm gonna do it better.

And if I even don't accomplish it, here's my vision,

this is where I want to go, and even if I spend

the rest of my life trying to right this wrong,

it would be time well spent.

and as they're working, tell them,

you know this work you're doing?

to be able to accomplish this goal,

and that's part of the bigger mission of our business.

Many times when people are frustrated with their team

and they don't feel like they really got a good grasp

of how to manage them, it's because they

Right? You should be doing this on a daily basis, weekly.

Out at events, to customers, just letting them know

the why behind the reason you started the business,

and also what is the wrong you wanna right as a company!

So the three Ms, real quick, are meetings,

the four, I just went through them.

Weekly, daily, quarterly and yearly for the planning.

The second M is message, helping them get unstuck,

understanding the metrics that they need to hit

and move so that they know how to play the game

and be successful, and then really just delegate,

And then the third M is motivation.

And really it comes down to story, there's a great quote

that says, "He with the best story wins."

Make sure your team, your customers, your contractors

understand your story for the business,

for yourself, for your life, and that will

help you build a bigger business.

I want to encourage you guys to subscribe to my channel,

that needs to hear this that you've talked to recently

with the way my team's been acting,

to take a different strategy to get a better outcome.

I want to challenge you guys to live a bigger life,

and a bigger business, and I'll see you next Monday. 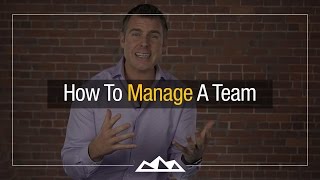 How To Manage A Startup Team | Dan Martell 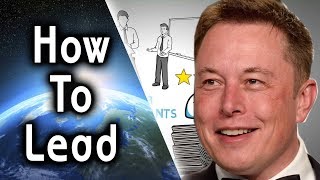 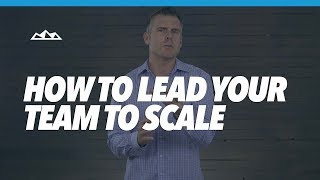 How To Lead Your Team to Scale Your Business

How to Lead a Successful Global Team 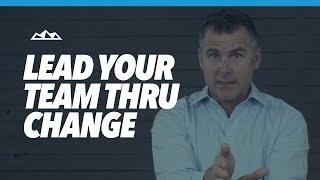 How to Lead Your Startup Team Through Change 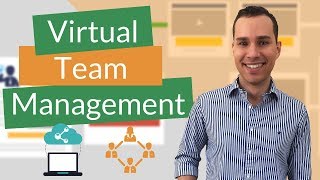 How to Lead: Building a High Performance Virtual Team 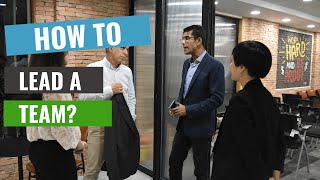 How to lead a team | Business mentoring 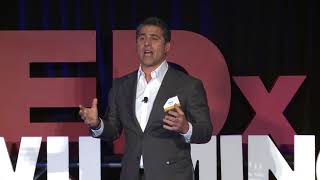 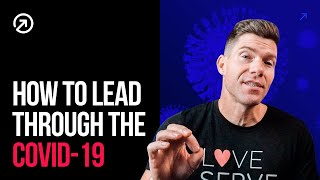 How To Lead Your Team Through Tough Times | Your Virtual Upline