How to land First In Apex

Don't you just hate it when your enemy lands just before you, grabs a gun you wanted and shoots you in the face?

So do I and that's why I made this video so I can show you the secret to dropping fast and hitting the ground first.

Now, of course, there are other guides on this,

but I find that every time I watch them they just don't go into enough detail.

So I've worked this out myself and I'm gonna be showing you how to choose a location,

when to drop and finally how to drop so you land first every time!

Mad guys, so if this video helps you out,

Awesome. Thanks everyone. Let's drop right in. The first step is to decide where you are going fast. Not like this guy...

If you decide to late your enemy is already dropping and they have already beaten you there.

Now I'm not going to go too deep into where to go in this video,

description later, but for now just choose somewhere you like or

just wait for your teammates and suggest somewhere...

Okay. So once you've finally decided where to go you now need to work out when to go. The best way to do this is

just practice and over time you'll learn them. So ping the entrance and drop when you are exactly 900 meters away.

Right. So picking the drop distance is the hardest part about dropping. If you drop too late or too early

you'll not get there first.

But otherwise, I've found that generally dropping around 700 to 800 meters away is good.

But there are three things you need to consider before dropping. The first thing is the plane trajectory,

the second thing is the elevation of your destination and finally if there are any mountains in your path.

So for plane trajectory if your plane is heading towards your destination rapidly then drop closer to 700 meters.

you want to jump closer to a thousand metres in order to get there first.

you'll notice some locations are really low in the map such as the low side of Bunker and some are really high like Repulsor.

So in general the lower the location the closer to 800-850 meters you want to drop. If there are mountains in the way

it's best to drop earlier and take a path around them,

but if that's not possible drop later, so you can speed towards the mountain skim the top and then dive straight over it. Now

which is up at the top right so you can vote when you think the best time is to drop.

Right. Okay. So now for the part you've all been waiting for how to drop

Now you should be staying around 140 to 145 as much as possible by constantly moving in a wave-like motion.

If your destination is close, you probably want to lift your speed to around 145 to 150.

but I tried this and others landed before me so 140 to 145 for me is the sweet spot.

rather aim on a diagonal 45-degree angle

so you don't dive too steeply.

so you go horizontal. Sort of like a parabola

Here's a schematic of what I just described.

Now the last thing I need to mention is the further away you are from the target the more you'll need to go horizontal and hold it,

dropping a bit more speed before going down again. If you're about 900 to a thousand meters away

you probably want to drop your speed to 135 before you start diving again.

you'll get there first every time!

Awesome guys I love that you tuned in for another video and I really hope this helps you!

If it did help, please make sure to hit the Like button. I make these videos to help others improve their game,

so if you know someone else who needs to know how to drop like a pro then please send them this video.

so you never miss another pro tip video.

Cool before you go, leave me a comment on your strategy for selecting a place to land.

I'm gonna be making a video on this for next week. And if I like what you have to say

I'll feature you in the video!

Awesome. Thanks guys. I'm Blake Unlively and I will see YOU on the battlefield. 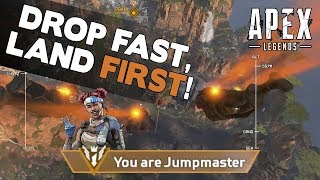 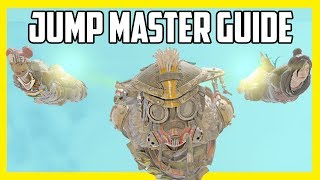 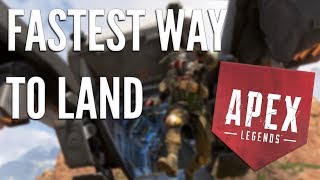 HOW TO LAND FIRST IN APEX LEGENDS – Apex Tips/Tutorials 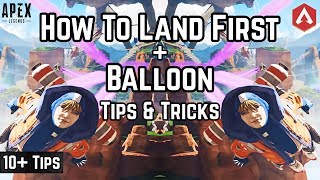 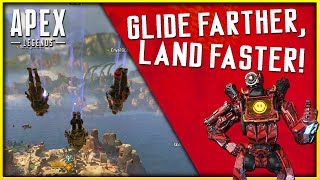 Best Loot Locations | How To Land First In APEX LEGENDS 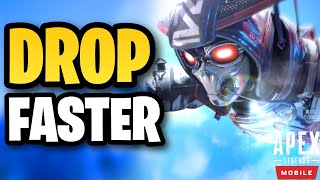 *HOW TO LAND FASTER* IN APEX LEGENDS MOBILE 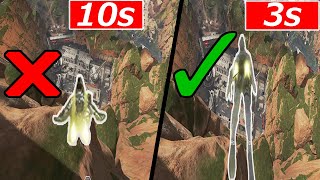 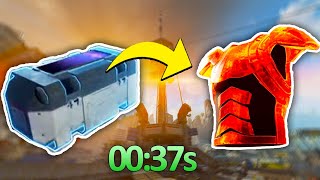 How to ACTUALLY Loot Fast in Apex Legends