How to impress
A Ceo In An Interview

Today, I want to talk to you about how you can ace an interview with a CEO.

So, if you have a job interview coming up and as with the CEO of a company or a director

or vice president, you want to ace it?

Go ahead, hit the “Like” button on this video and dive right in.

I'll show you how.

So, CEOs are going to interview from a different perspective than a regular hiring manager

or someone in HR.

They are going to hit you from a side that you just have not been hit from before.

They're not going to ask you all the common questions, like “Tell me about yourself

and what are your accomplishments?

What are your weaknesses?”

And here's what you need to be like in the interview.

So, first thing, you need to be passionate and enthusiastic about the job and the company.

And that needs to just resonate; that energy from inside you just need to resonate in the

interview, so they can just see it and feel it.

And it can't just be in your voice.

It has to be in your body language and your posture and everything else.

and the value that you can bring to them.

Most important, you want to show them that you are aligned with their company vision,

that you understand them and that you can make a difference.

You don't want to talk about stuff that isn't related because it doesn't mean anything;

it has no value.

You are trying to connect your past experience to what this company is looking for.

So, the best way to do this is first get a good understanding of that job description;

what they're looking for specifically.

Number three, understand the company and the job that you are applying to.

Do some research on this company.

Look them up, study them.

Google their name, see if they're mentioned in any other magazines or write ups or articles.

Learn as much as you can about them.

What's important to them?

So, you can go in there and talk to them like you have an idea of what they're doing, what

they're facing, what their reputation is in the industry.

And you should be prepared if they ask you, “What do you know about our company?”

And if you just say, “Well, I kind of know that you guys are a great place to work.”

That isn't going to cut it.

that you've read about them.

Looking them up on LinkedIn.

Read all the places that they've worked.

That way, when you go in there, you can say, “Well, Mr. Jones, I see that you worked

at General Electric 15 years ago.

How did you like that?” or “Why did you move from there to here?”

Little questions like that, engaging the person that you're interviewing with is another thing

that they're looking for.

And you're asking them about their own personal career choices.

They're going to be happy to talk about that.

All right, moving on here.

Ask them questions that challenge them.

Don't just sit there and answer all their questions.

I mean, an interview is a conversation and you want to challenge them on things.

You want to challenge them on the direction that they're going or products that they have.

Ask them about failed products that they had.

I mean, if they're a public company, they're probably in the news.

So, you can ask them questions about, “Why your stock price so low right now?” or “Do

you think you guys are going to recover from that?”

Make them sell you on working there.

That's really what an executive is going to expect from you.

You need to challenge them to a point where, not that they're necessarily defending themselves,

but they're kind of explaining themselves to you.

And at the same time, they're trying to sell you on themselves.

So, if you're not pushing in, challenging them and going into some rough waters with

them, they're just going to think you're weak and CEOs are looking for strong minded, driven

Number five, let them know what makes you tick.

What gets you out of bed in the morning?

Let them know why you do what you do.

Let them know that you're excited about your work.

Why it gets you out of bed in the morning.

Why you are passionate about it.

Dig deep and show them who you are, why you are and how you've come to this point in your

When you're really dealing with a CEO, you're interviewing for a leadership position.

So, you need to demonstrate to them that you're a leader.

Why are you a leader?

I mean, if you're going to leave a hundred people, what's motivating you to lead those

Those hundred people are going to look to you for leadership.

So, you're going to have to motivate them.

And if you don't have anything that motivates you or you can't express that, then you're

not cut out for the C-Suite.

All right, moving on here to number six.

Be a great conversationalist.

Show them that you're interested in what they do.

You're interested in their vision, their mission, the people and everything about them.

And talk to them, humanly.

Have a meaningful conversation.

Show them that you can carry on a conversation with them.

When you first go into the company, strike up a conversation with the receptionist.

meet along the way.

Because all of those people are going to weigh in on the decision to hire you.

you're talking, that's going to help them gauge as to whether you're going to be a fit

and just holds everything they have to say until they get the interview, those people

kind of come across as a little bit flat.

And that's how people get to know you.

I mean, when you start talking, all these other people, they're like, “Oh, that Don

He was so pleasant.

He was asking about me.

He was asking about my office.”

That's how you win with CEO.

I mean, you can have all of the experience in the world.

You can be the perfect match.

You can have everything they need.

But if you don't blend or gel with their culture, you're out.

And there's a reason for that.

If you're not going to fit in with their culture, that means that there's just one tiny piece

about you that isn't quite right.

That means you're not on the same page as all of these other people.

And chances are, if they bring you in, that you're not going to understand the people

this kind of this mismatch there of management and employees.

And that doesn't work.

So, culture fit is everything; you need to be aligned with who they are, where they're

And you need to believe in it.

You need to believe in their mission, their goals, whatever they are.

You need to be passionate about that.

And we've already covered passion in one of these other ones.

And if you notice a lot of these different steps, there's a little bit of overlap in

each one that carries on to the next.

Last one here I have here is number eight.

CEOs are going to hire the least risky candidate.

That's right; the candidate who poses the least risk to the organization.

Not the most qualified, not the most experienced, the one they think they can get the job done,

the most talented individual that they think can do the job that also poses the least risk.

I mean, think about it.

If they bring you into the company and you're not a 100 percent culture fit, other people

If you're not on the same level, they might leave.

I don't like this new Don guy; this new vice president.

He's such a jerk.

He doesn't understand us.”

And then those people, their own high-performing A players, end up quitting.

So, that's why a CEO is going to hire the least risky candidate; one that poses the

least risk to the organization, the mission, the vision and the people who already work

And you need to keep that in mind; it's not all about the experience and what you know.

It's are you going to work out long-term?

year and then is gone.

They want someone who's going to work there two years, three years, five years, 10 years,

and they're going to hire the person that poses the least risk to that position, the

employees, the company and everything else.

All right, my friend.

It's all I got for you today.

And one more thing.

Before your next interview, you go ahead and grab a copy, even though this is with the

This little top 10 book is going to teach you how to answer some of the common questions.

I mean, CEOs still might ask you, “So, Don, tell me a little bit about yourself.”

But they're not going to ask you necessarily all of these questions.

But learning how to answer these questions is going to help you, in the interview, answer

all their questions that they ask.

It's going to kind of give you the right framework to use in your answers.

So, you can get that free book from jobinterviewtools.com/top10.

And I'll see you in the next video. 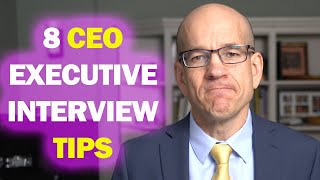 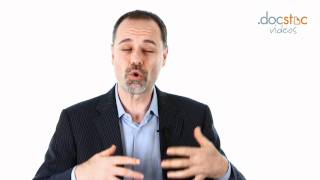 3 Tips for Nailing a Job Interview with a CEO 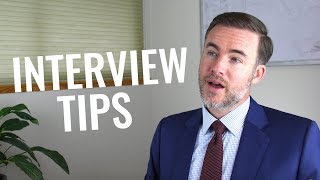 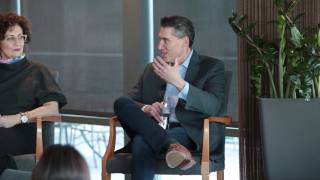 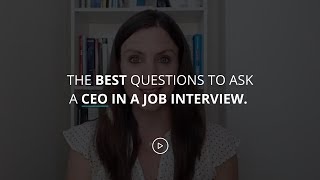 The BEST Questions To Ask A CEO In A job Interview. 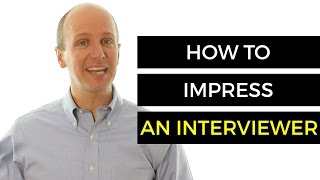 Interview Tips - How To Impress An Interviewer 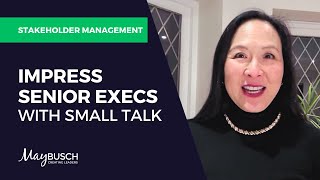 How to Impress Senior Management in Informal Conversations 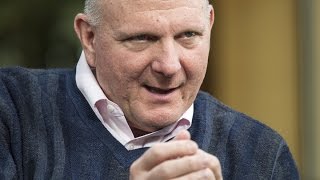 How to Pass an Interview, According to Ex-Microsoft CEO Steve Ballmer 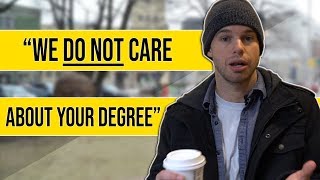 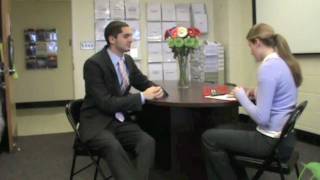