How to face Your Biggest Fear

I was pretty sure I had ruined my life forever.

I remember at rock bottom,

I opened the phone book to the P-section

and I stared at that phone for what felt like hours

just trying to work up the courage to make that call.

Because, in that moment,

I was a divorced, unemployed, bankrupt, college drop-out

who had just moved back in with my dad

after my last hospital stay

because I literally had no other place to go.

My arms and legs were covered in ugly scars

from all the suicide attempts and self-harm.

And most days, I was still so depressed, I couldn't even get out of bed.

and I was completely terrified.

I finally did make that call and I said,

talking about every bad thing that's ever happened to me,

and it hasn't helped,

and now I just need to know how to live."

And so for the next years, that's what I did.

First, it was learning how to go to the grocery store

without having a panic attack.

Then, it was getting a part-time job and my own apartment.

And fighting my way back from that depression,

I learned that sometimes courage is just taking that first, tiny step

and then the next tiny step after that.

But eventually, I did finish college,

and I got married and had a couple of kids

and became a fully functioning member of society.

I even registered to vote.

and then, I started a business,

and once again I remembered how it felt to be terrified

I was so afraid of making a mistake,

so sure that I was doing it wrong.

I felt like everybody else had it figured out,

and I was a fraud.

And while that fear never totally went away completely,

it did over time get easier.

And my business grew.

and products and resources to help people reach their goals.

I even started a podcast!

my students and readers and customers and podcast listeners

kept telling me they felt stuck.

One told me how she had bought a planner

and then just let it sit there for over a year

just because she was so afraid of messing it up.

Another told me how she had dreamed about starting a business for so long,

and every time she got close, she stopped

because it felt like too big of a risk.

Another was shedding tears when she told me,

"I just want to want something."

And although the symptoms were all a little bit different,

because the underlying root cause was something I knew all too well.

Not the phobia kind of fear like the fear of snakes,

but this deeper, more internal kind of fear.

The kind of fear that keeps us from stepping outside of our comfort zone,

the kind of fear that keeps us from taking risks

and prevents us from wholeheartedly pursuing our biggest goals and dreams.

And it made me wonder,

"How does fear show up differently for all of us?

And how does that impact our ability to push past it?"

And so I started asking questions

and ultimately, it led me to survey more than 4,000 people

on the role of fear in their lives.

We had so much data and so many responses

to help me sift through it and make sense of it all.

But through all this research,

we discovered a couple of really important things.

First of all, not all fear is created equal.

We all experience fear,

but we all experience it a little bit differently.

We all have our own fear fingerprint that is completely unique to us.

And although fear shows up differently for everyone,

it does tend to show up in seven very distinct patterns,

which I call "The Seven Fear Archetypes."

Now, each of these seven archetypes

There's a piece that's serving you,

and there is a piece that's holding you back.

And understanding how your fear is serving you

is actually just as important as knowing how it's holding you back.

But regardless of how it shows up,

almost all of this fear happens subconsciously,

And so whether you call it fear or anxiety or worry

or perfectionism or overwhelm, or anything else,

the end result is the same.

We experience it as truth, and we think,

But that is what makes identifying your fear archetype

It's sort of like going to the doctor because you have a stomachache.

Before the doctor can help you, he needs to know:

Because those are two very different things.

Your fear is the same way.

Without a diagnosis, there can be no cure.

But on the flip side, the simple act

of identifying and understanding how your fear is showing up

is the instant insight

into your own behavior and thought patterns

that allows you to start changing them.

So at this point, you're probably wondering,

So listen closely as I go through them.

See if you can identify yourself

or maybe just figure out what's wrong with all your friends.

First of all, the Procrastinator,

also known as "the perfectionist."

You probably spend a lot of time doing research and getting organized,

and you are always tweaking things, right until the last minute.

Now, you are the person that takes six months to pick out a car

because you are so afraid of making the wrong choice.

And that can also sometimes show up

as a fear of commitment or a fear of getting started.

On the plus side though,

you tend to do very good work and have a high attention to detail,

which is something you probably take a lot of pride in.

Or maybe you're the People Pleaser.

If so, the fear that holds you back

because you care a lot about what other people think.

In fact, probably too much.

And as a result, you can struggle with setting boundaries or saying "No."

because you will sit there and not say a word,

even when you disagree,

just because you don't want to be the one to cause waves or to make anyone mad.

But as a people pleaser,

you do tend to do a really good job of getting along with almost everyone,

and you tend to be popular and well-liked.

And then, there's the Rule Follower.

Now, you know that there is always a right way to do things

and a proven path that should be followed.

You don't even like it when other people stray away from that path.

And you are the person who always reads the instruction manual,

and if you're following a recipe,

you're probably following it to the letter.

But this is not always a bad thing either

because, as a rule follower, you actually tend to excel

when you are given a set of guidelines or a proven framework to follow.

Of course, you could be the Outcast,

Now, we outcasts can be pretty deceptive

because, on the surface,

it might actually appear that we don't care what anybody thinks,

but really that's just our way of protecting ourselves,

because what we fear most is rejection.

before they can reject us first.

After all, it's way easier to say,

"Hmm, that party's going to be lame, I think I'll skip it"

than to show up and risk having no one talk to us.

But we outcasts also tend to be very independent

and driven to prove ourselves,

which can result in a lot of success and accomplishments.

And then, there's the Self-Doubter.

And you struggle with a lot of insecurity

you are so afraid of not being capable and not being enough.

There's that self-talk inside you that tells you this all day long.

and then never actually present it

because you're so afraid it's not good enough.

You can be very critical both of yourself and of other people,

which sometimes can have a negative impact on your relationships.

But you also tend to be very sensitive and very empathetic

which can be a huge asset.

Now, if you are the Excuse Maker,

you are probably very, very smart and an astute observer of other people.

But you struggle sharing your own opinion

because you're always afraid of being blamed

or held accountable if something goes wrong.

but you get a little nervous

Basically, you're the friend that never wants to pick the restaurant

because you're always afraid you'll get blamed if no one likes it.

and especially if you've experienced a lot of pain or trauma or adversity,

you could be the Pessimist.

And the fear that holds you back,

is the fear of experiencing more pain or trauma or adversity.

For you right now, every opportunity feels like too big of a risk.

And you're afraid of getting hurt again.

So you've closed down and almost given up as a way of protecting yourself.

Of all the seven fear archetypes,

this can be the hardest one to work through,

but it's also the one

that is most likely to be just a temporary season.

So, there you have it - the seven fear archetypes

And if more than one of those resonated with you,

you should know that that is actually completely normal.

No one is all procrastinator or all self-doubter.

Instead all of these seven fear archetypes operate on a sliding scale,

and all of those sliding scales sort of fit together

to form your unique fear fingerprint.

You could have one that's completely dominant for you,

or you could have several that score high for you

in which case fear is probably having a pretty big impact in your life.

But the important thing to understand

is that you can actually do something about it.

Your fear doesn't have to control you

because remember all this fear that I just talked about,

it's all happening subconsciously, beneath the surface.

We're experiencing this as truth.

But the minute that you can start

to identify and understand how your fear is showing up,

because what was subconscious becomes conscious,

and suddenly you realize that you have the ability

to choose something else.

Because when you shine a light on your fear,

it's not so scary anymore. 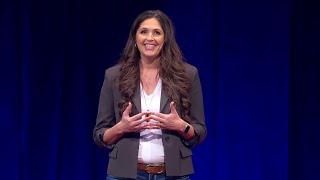 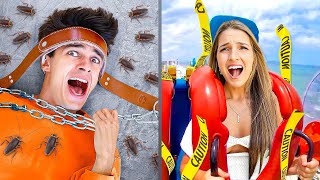 CAN YOU SURVIVE YOUR BIGGEST FEAR? 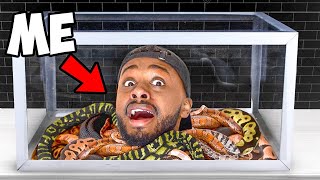 Face Your Biggest Fear, You Win! 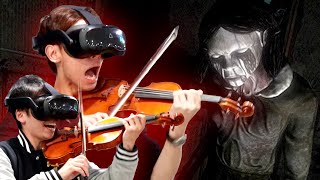 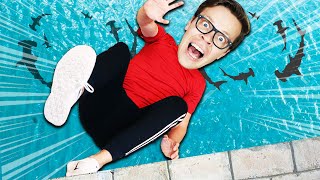 I FACE MY BIGGEST FEAR! 15 Ways To Escape and Defend Your House! Matt and Rebecca 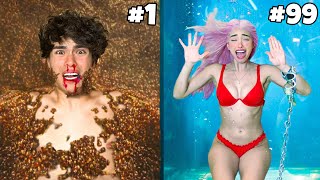 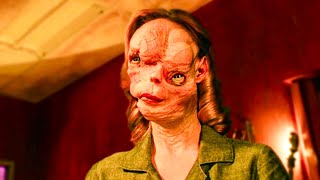 How To Beat Your WORST FEARS In "RUPTURE" 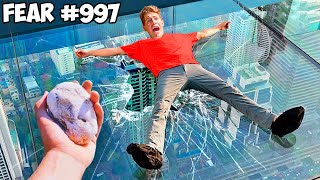 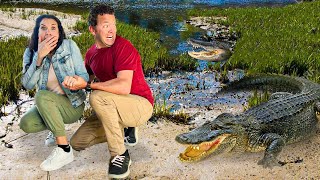 Facing Our Biggest Fears!! We Sat On An ALLIGATOR! 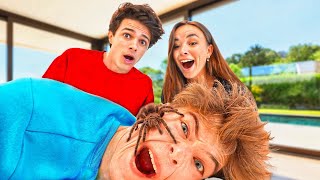