How to face A Rejection

Do you remember the last time you felt rejected?

Was it a guy that never returned a phone call?

Or a father that never came around?

Was it a boss who overlooked you for a promotion?

Or maybe it was someone in your life who never thought you were good enough,

no matter what you did to try to impress them.

We all know rejection hurts.

It makes us feel like we're not good enough.

It causes us to question ourselves and doubt our future.

I submit to you that rejection isn't something we should be afraid of.

And it sure isn't something

that should make us get discouraged, depressed,

that we are somebody worth loving and paying attention to.

Rather, rejection is our friend

and not our enemy.

I'm going to share two ways that we can see rejection

in order to leverage those moments of pain

to be the greatest catalyst to our success,

and proof of our value and uniqueness.

The first way that we can view rejection is by seeing it as projection.

A psychological projection is when someone subconsciously employs

undesirable feelings or emotions onto someone else

rather than admitting to or dealing with their own unwanted feelings.

When we can see how the rejections we face

may have more to do with another person's inward turmoil and not our own value,

our lives will change.

Rather than shrink back, get discouraged, or play it safe,

we'll move forward in life with confidence and high esteem.

One of my most painful moments of rejection happened

when I was in the third grade.

I wanted to be popular, to be liked, to be loved, and to be respected.

And thankfully, I was.

I was in an advanced learning class

which meant that I was one of two Black students in an all-white class.

And this wasn't a bad thing.

I was known as the cool, big, Black kid.

They called me Goon.

I was one of the smartest kids in class,

people cheated off my test,

they laughed at my jokes,

as I was returning back to class from a bathroom break,

I noticed a group of Black students circled together laughing hysterically.

Me, being the confident, charismatic, outgoing guy that I was,

I decided I was going to go over to them and get in on the jokes.

So I walked over to these students,

"Now, what y'all over there laughing about?"

And just as I was finishing my sentence,

one of the guys in the group turned towards me and said,

The crowd erupted in laughter,

and I, feeling embarrassed, ashamed, and rejected,

as the Black kid that talks and acts white.

I allowed that moment of rejection

to diminish my confidence and my self-esteem.

Rather than celebrate my own uniqueness,

I began a long journey of changing who I was

to fit in with this Black community.

I mean, I changed the way that I dressed,

the way that I talked,

the music I listened to.

I even changed the way that I laughed.

all because I wanted to gain their approval and their acceptance.

And you know what?

They accepted me. They embraced me.

I got street cred.

But deep down inside, I knew it wasn't me who they accepted.

It was who I was pretending to be.

And the more they adored this false version of me,

the more rejected the real me felt the entire time.

You see, I didn't understand that sometimes rejection is projection.

A projection of someone's own fears and insecurities

Those students who made fun of me were deeply insecure.

They were unsure of themselves.

They were afraid to do anything

outside of what their peers thought was acceptable.

And because they didn't know how to be their unique selves,

they projected their fears and insecurities onto me

in the form of mockery and jokes.

Because sometimes, talking bad about others

makes people feel better about themselves.

If I would've been able to see their rejection as projection,

I wouldn't have wasted years of my life

trying to earn their approval and their acceptance.

I would've stayed true to who I was,

and I probably would've felt more sorry for them than I was for myself.

And I believe that properly handling rejection

is a crucial component to ending the rising anxiety, depression,

and suicide rates in our nation and world.

In fact, one study from the "Oxford Handbook of Social Exclusions"

stated that rejection is both a cause and a consequence of depression.

I mean think about it.

Have you ever felt down after you got rejected?

Maybe it was a group of co-workers

who invited everyone out for drinks after work except for you.

Or what about people who won't invest their money into your vision and dream?

Those are situations that cause people to dislike themselves,

give up, gain a ton of weight from emotional eating,

But I've learned that we don't have to allow rejection

to make us do that crazy stuff.

We can leverage our moments of rejections to produce confidence and success.

was actually a projection of those students' own issues,

I was able to see the beauty in my own difference.

Honestly, they had something right about me.

I was the Black kid that talked and acted white.

And I still am.

to be versatile as a speaker

and work with people from all different walks of life.

I can speak to gang members in the street,

and I can speak to executives in the board room.

I can help addicts live free from addiction,

and I can coach elite athletes to discover their purpose beyond sports.

The very thing that made them reject me

has become a crucial component to my success.

It has made me effective at helping others,

and it's all because I learned to see rejection as projection,

and figured out how to use it for my good.

The second way that we can see rejection is by viewing it as protection.

Protection from something or someone

that isn't meant to be in our lives anymore.

I learned this lesson after life rejected my dreams of playing in the NFL.

I went to Central Michigan University on a full-ride scholarship

to play Division I football.

Sports was the way that I was going to become rich and famous,

so that I could buy my parents a house and get all of my family out of poverty.

I had so many coaches and players who told me

that because of my height, my speed, and my athleticism,

that there was no doubt that I would one day play in the NFL.

Unfortunately, I ruptured a disc in my back my freshman year,

and this injury ended my college career.

Life had rejected all that hard work I put in.

that wasn't the best for me,

I took it personal.

I felt like life hated me and spit in my face.

or the recognition that I got from being an athlete.

Rather than let sports go,

I did something terrible in an attempt to keep my athlete dreams alive.

I signed a liability waiver

and rehabilitated my body to once again play Division I football.

I put my body through two years of drug addiction,

No matter how many painkillers I took,

or how many epidural shots I got in my back,

I couldn't avoid the reality that my career was finished.

Nothing I did to avoid that rejection was working.

I was so afraid to face rejection

because I felt like it meant that I had no value and no future.

I figured that since life completely rejected me

and all the hard work that I put in to become a professional athlete,

that I didn't just fail, but rather, that I was a failure.

This belief that I was a failure

drove me into one of the darkest depressions of my life.

because I thought it would be better to end my life

than to deal with another painful moment of rejection.

And so I would swallow whole bottles of pills

in hopes that I wouldn't wake up the next day.

I would get drunk and take a bunch of drugs

and get in the car and drive hoping that a car accident would end it all.

It got so bad that I tried to starve myself,

That's all because I didn't understand how to handle rejection.

All these attempts at suicide landed me in the psychiatric unit

And it was there that I had a life-changing experience

that gave me hope, and purpose,

was protection from a future that wasn't the best for me.

that was far better than what I had envisioned.

So I spent the next few years researching everything

I could find on purpose and meaning.

I prayed. I meditated.

I even watched a bunch of TEDx talks.

I started to develop new skills and explore new interests.

Over time, I built a life that I loved

and even enjoyed more than my life as an athlete.

And I would've never been able to do that

if it wasn't for life completely rejecting,

or should I say, protecting me, from becoming a professional athlete.

that I had when I was in the psychiatric unit.

Rather than internalize rejection to mean that we're less valuable

or that our future is unsure,

we should view it as protection from something

or someone that isn't meant to be in our lives anymore.

Imagine what would happen

if we stopped viewing rejection as a negative, humiliating force,

and we started viewing rejection as a necessary development tool

and a catalyst for massive success.

When I look at people who I admire that have been highly successful in life,

I can't help but to notice how they've overcome rejections they face.

if it wasn't for how they leveraged their moments of rejection.

I wonder if Martin Luther King Jr. would've ever become a great leader

if it wasn't for the rejection he experienced

from his message and his mission.

I wonder if Michael Jordan would've ever developed the drive

to become one of the greatest basketball players of all time,

if it wasn't for being rejected by his coach in high school.

in the world if it wasn't for Steve Jobs being rejected by his own company.

if you went back to your moments of rejection,

and rather than cry,

get angry, or bitter,

you analyze those moments,

and reframe them as protection or projection.

I wonder if buried beneath your pain and unfortunate circumstances

is treasure that you could cash in.

that are far beyond what you can think or imagine.

I wonder if the next level of your success

is locked beneath your most painful moment of rejection.

I started by asking you when was the last time you felt rejected?

Was it a boss?

An ex-spouse? A parent?

A friend? Or just bad luck?

And I'll end by asking you,

"What are you going to do with it?" 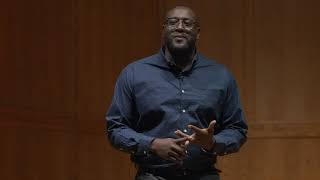 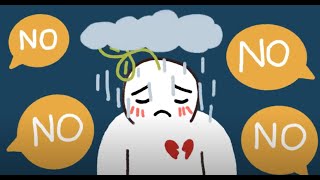 10 Healthy Ways To Handle ANY Rejection 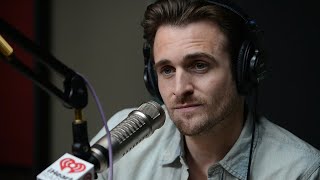 One Mindset to Conquer Rejection 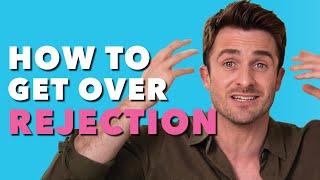 3 Ways to Deal With Rejection in Dating | Matthew Hussey 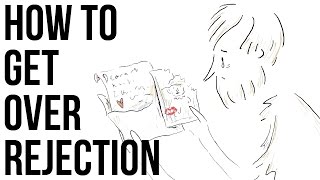 How To Get Over Rejection 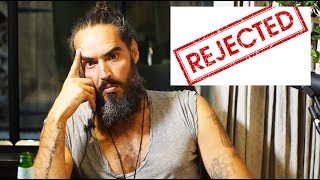 If You've Ever Been Rejected - Then Watch This... | Russell Brand 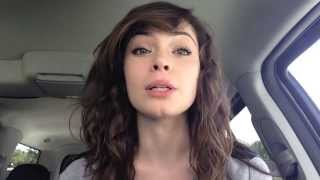 How to Deal with Rejection and Feeling Unwanted 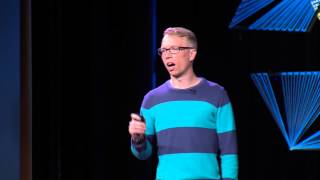 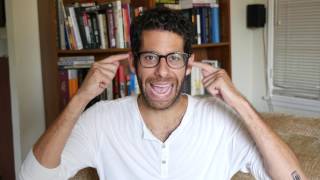 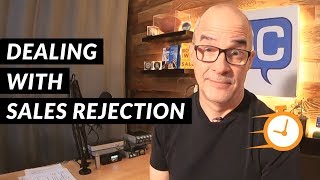