How to explain 3 Phase Power

In this video, we're going to be

Now, this follows on from our series

on electrical engineering, so if you haven't watched

the previous videos on this so far,

then please do this first.

Coming up, we're going to be looking at

how a simple AC generator works.

Then we'll look at a single phase power,

As well as how three phase power is used and why.

Also why we don't use four, five,

So, first of all, let's start with a simple AC generator.

We'll start with a single phase to understand

what's happening, and then we'll add in

other phases until we get to three phases.

Let's take a copper wire and wrap it into two coils,

then place these coils opposite each other within a stator,

and connect the ends together to create a complete circuit.

Now, if we place a magnet in-between these coils,

and we start to rotate the magnet,

then the magnetic field will disturb

the free electrons within the copper wire,

and an electrical current will begin to flow.

in a previous video on the electricity basics.

So, please check that out if have not so already.

As the magnet rotates,

so does the polarity of the magnetic field.

As you can see in the illustration, the North and South pole

of the magnet are rotating, and as they rotate,

they pass across the coils, which force electrons to move.

Notice the lines of the magnetic field

are in these oval shapes on each side,

and they meet through the central axis of the magnet.

You can think of these as one side being positive,

and the other side being negative,

and in-between these ovals, the magnetic field is neutral.

You can see that the intensity of the magnetic field

increases on either side until the center,

where it is at its maximum strength,

and then it decreases again

until it gets back to the neutral point.

So, as this field rotates through the coil,

the coil will experience an increasing intensity

of the magnetic fields positive half.

And during this increase, the free electrons

within the copper coil will be pushed

and begin to move faster and faster in one direction,

up until it reaches the maximum point of the magnetic field.

Then, as the magnetic field decreases,

the flow of electrons will begin to slow

all the way until it reaches the neutral point

when no electrons will flow.

Then comes the negative side of the magnetic field.

And as this passes through,

it's going to pull the free electrons backwards.

Again, the flow of electrons will flow faster and faster,

up until the maximum point of the magnetic field.

And then it will decrease back to the neutral point.

This is why AC electricity is called alternating current.

Because the current of the electrons

alternates in direction, backwards and forwards,

If we were to plot on a graph, the speed of the electrons

flowing during the rotation,

then we would get a sine wave pattern.

In this sine wave, you can see

that the electrons are stationary at the start,

in the neutral zone, and then the speed increases

through the positive half, all the way up to the maximum,

and then it begins to decrease all the way

back down to the neutral when no electrons will flow again.

After this comes the negative half,

where the electrons speed up to the maximum point

and then they begin to slow down again

until the magnet has completed

one full rotation, where this will then repeat.

This complete rotation is known as a cycle.

And the number of cycles per second

is called the frequency, which is measured in hertz.

written on your electrical goods.

This means that the generator of the power station

is completing a full rotation

So the direction of the current is therefore also changing,

When it is written on electrical products,

this is just telling the user what type of electricity

the product should be connected to.

Now, coming back to the sine wave that we saw earlier,

And if we connect a lamp into the circuit,

we'll see that it will increase in brightness

all the way to the peak, that maximum point,

then it decreases in brightness all the way down

until the neutral point, where the lamp is actually off,

because no current is flowing.

But, then it will increase in brightness again

as the negative half of the cycle comes through,

and the electrons start to flow back through

in the opposite direction

until again it reaches the neutral point.

So, at these points in the cycle,

the lamp is not producing any light.

And at these points in the cycle,

the lamp is not very bright, so it's not of much use.

So if you're working in a room

it's going to get really annoying.

To improve this we can add another set of coils,

or a second phase, into the generator.

And we can do this by placing the coils

120 degrees rotation from the first set of coils,

and then connect this up to another lamp.

This rotation means that the coils

will experience the changing intensity

of the magnetic field at different points in time.

The first coil reaches its maximum current and brightness,

and as it decreases the second coil will begin to increase.

This has improved the lighting,

but there is still a gap which will cause a flicker.

So we can add in a third set of coils, or a third phase,

and this will mean that one of the lamps

are almost always at its maximum brightness,

so the lighting is nearly constant.

There are still some small gaps between the phases

and you could keep adding more and more phases

to fill these gaps, but this will become more and more

expensive to keep running all these cables.

as its a good compromise between

power provided and cost to build.

Now in the real world,

you're not going to use three different lamps,

in different phases, to create lighting.

The lamps in your homes are all on single phase,

but they are flickering, it's just that they are turning

unless you record the lamp in slow motion.

A more practical application is

and other commercial and industrial equipment,

as three phase will provide a lot more power to these items,

meaning you can pump water higher,

or you can run motors faster, et cetera, et cetera.

Power is generally generated and distributed in three phase,

and transformers are used to change the voltage.

If you want to learn

how transformers work, we've also covered that too.

Now one of the interesting things with three phase power,

is that you can connect all three phases

or you can also connect only one of the phases

This is generally how large tower blocks and skyscrapers

distribute electricity through the building.

but the computers and office equipment

So they distribute three phase power up the building

and they draw off from this as needed.

The same occurs with the distribution

of electricity across a city.

Houses will be connected to only a single phase

because they do not require much power,

whereas a large building will be connected

to a three phase supply as they will require a lot of power.

Okay guys, that's it for this video.

Thank you very much for watching.

I hope this has helped you and you've enjoyed it. 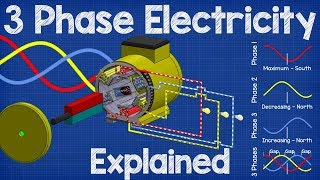 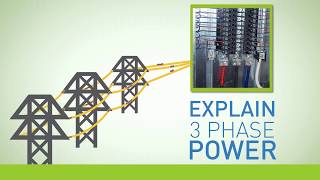 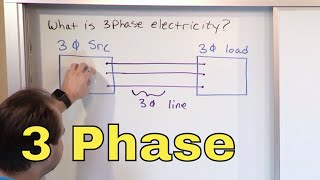 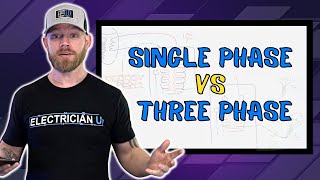 What is the Difference Between Single Phase and Three Phase??? 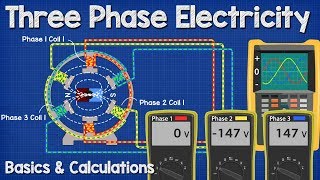 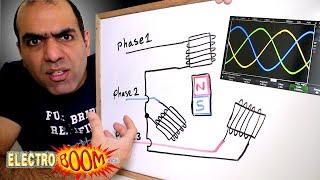 Why 3 Phase AC instead of Single Phase??? 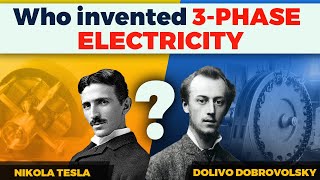 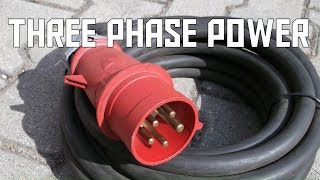 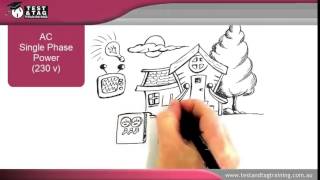