How to edit A Drop Down List In A Cell

My name’s Mária and in the previous tutorial,

we went through a simple guide on how to create a drop-down list in Excel.

In this video, we’ll go a bit further

and you’ll learn how to edit the drop-down menu and change options offered on the list.

so you’ll know two ways how to do it.

I’ll show the shorter one later on, and I’ll use the lists we created together in the previous tutorial.

So, here’s the longer one – the months of the year.

Let’s say we want to make changes to the first question and we want to use, for example,

‘Which is your favourite summer month?’ instead.

Our items now include months that are irrelevant

the list of three summer months will do for this question.

What we need to do is edit the list according to this.

Next, click on ‘Data’ tab. In the section ‘Data Tools’, go to ‘Data Validation’.

In the pop-up window that appeared, go to the tab ‘Settings’ and click into the box ‘Source’.

Excel will take you to the location of the source cells for this drop-down list.

If we want to edit the drop-down menu, we need to remove the information in the ‘Source’ box.

If we want to edit the drop-down menu, we need to remove the information in the ‘Source’ box.

Highlight it and press ‘Delete’.

Now we’ll select only the months we need – the summer months June, July and August.

You can notice how the information in the section ‘Source’ changed, too.

The list is now made of the data contained in the cells A6 to A8.

Double-check whether everything is correct and confirm with OK.

The drop-down menu has been edited and there are only those three options that we wanted to show.

You can use these steps to edit the list in whatever way you need.

The drop-down menu will display only the items present in the cells you included as the source.

And now we can have a look at the other way

how to edit the shorter list containing only ‘Yes’ and ‘No’.

As you can see, the source here is not a range of cells, but specific text,

so it’s alright if you just type in ‘Maybe’ at the end of the line and don’t forget to separate it with a comma.

Add the option, click on OK and that’s it

A piece of cake, right?

If you don’t want to miss out a great opportunity to learn how to remove a drop-down list in Excel,

If you’ve found this video helpful, like us and subscribe to receive more videos from EasyClick Academy.

Learn more from tutorials that help you use Excel quick and easy!

Thanks for watching! See you soon in the next video! 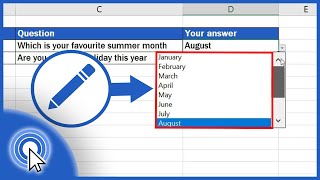 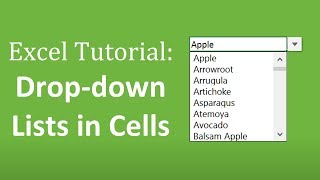 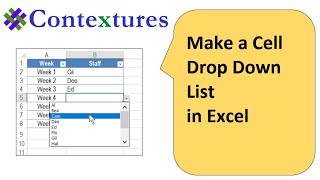 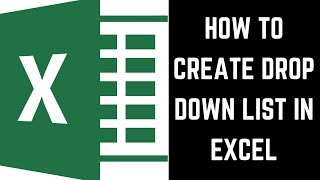 How to Create a Drop Down List in Excel 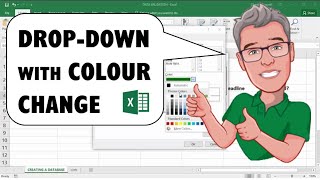 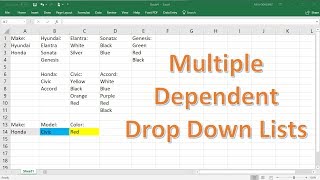 How To Create Multiple Dependent Drop Down Lists In Excel 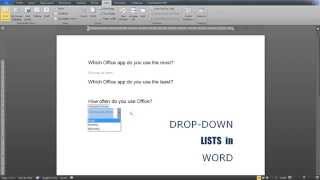 Drop-down lists in Word: Insert, modify, use a format to style contents 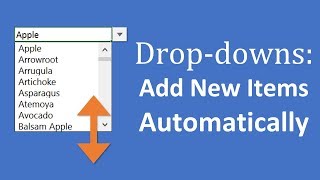 How to Add New Items to Excel Drop-down Lists Automatically 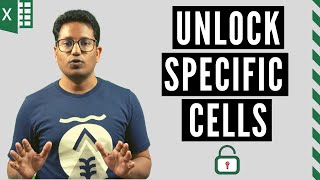 How to Unlock Specific Cells in a Protected Sheet in Excel | Unlock Scrollbar, Checkbox, Drop-Downs 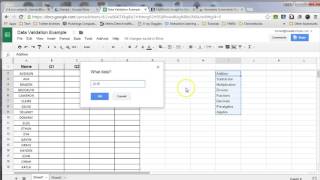