How to edit 4k Video In Premiere Pro Cs6

So one of the obvious things that's going to be different in the current version...

..of CC and CS6 is that CC is likely to support new formats which have come

out since they stopped developing CS6 in particular I'm thinking of 4K.

We started using for a lot more I've been filming for over a year now with my little Panasonic GH4...

So here I am in CS6 and I got some GH4 for footage here, which is funded 25 frames per second

Let's first of all make up a new sequence to put it on.

So file-new sequence and... ok first problem: where are the 4K presets?

It probably does it. Oh, there's something that says 4K there let's have a look at it..

Nope. There's nothing there which is actually the right size for my 4k footage.

These are RED 4K presets they aren't UHD presets.

They are not there simply because we weren't doing 4k when they stopped developing CS6.

Can I use it? Well first of all I can just double click on it and play it that works...

.. and my computer is managing to play that back. Let's put it up to full quality..

Yup, still managing to play that back. Looking fine. Let's take it and throw it on to a timeline..

so when I drop the 4k footage onto i,t it says "do you want a change the sequence to match the clip?".

Yep. I couldn't make a sequence in the first place so let's get Premiere to change it for me.

I come up to the sequence settings you can see here...

.. it's got me some settings in here and they're greyed out but if you look very closely..

So at least I can set a timeline of the right size. Of course, you could just make up your own...

..and you got to file- new sequence. Go to the settings. Take it all with a preset modes..

Because obviously the Red Cinema one can do it, that's the one it chose in those settings..

Change it to progressive and, yep, that's got it done..

..and save my own preset which in the future means I got to make sequences which the right size automatically.

So that in itself is not insurmountable.

..and then obviously you can take a whole bunch of clips and throw them in the timeline. Trim them...

just as you do any other clip and it all works nicely.

So although CS6 doesn't have presets for 4K, you can actually use it and edit at 4K.

What about the performance? I've got a little timeline that I set up here where I just got about three clips..

One on top of the other the system I'm using for this tutorial has got a Skylake processor..

As you an see it's got this 6700K 4GHz Skylake processor, which is the best Skylake you can get at the moment.

There are better processors and if you are doing 4K we would probably recommend you go..

..for the next one up which is called Haswell-E

But for the moment this is the one I'm using for the demo..

Let's see how it copes with this footage here. So I got three Eclipse couple of

pictures and pictures in the one in the background

typically what happens with premier if you've got something that's quite

and yes talked about 200 frames by the end of it

card songs you get the name right

doing too bad editing this kind of footage

level I change from 3.1 to 5.1 and having none that I can come up here and

it up if you know what to do

indicator on just play that soon see what see cedars

is doing fairly well one picture of pots another

so let's open those up again in cs6

to File and then export media

putting in a fork a time there is a render codek

settings you see that that excuse me

you're not to think about it

just a bit nicer when it comes to fall K 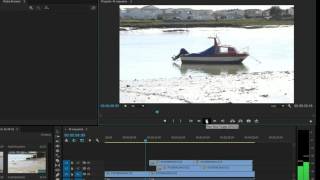 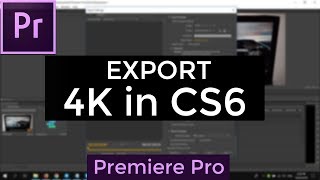 How to Export 4K Video in Premiere Pro CS6 | CS5 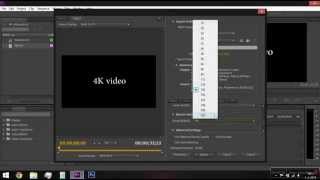 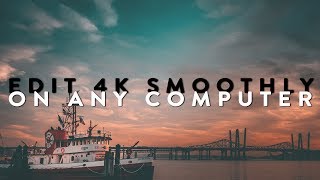 How To Edit 4K Smoothly On ANY Computer in Premiere Pro 2017! (Proxy Workflow) 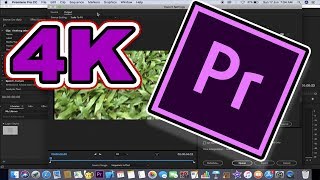 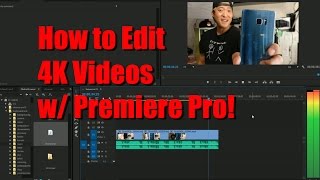 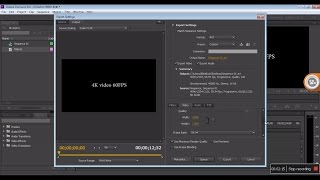 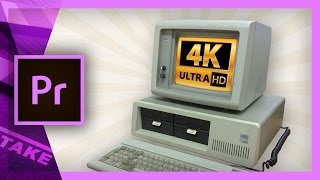 Editing 4K on a slow computer in Premiere Pro | Cinecom.net 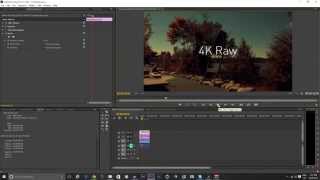 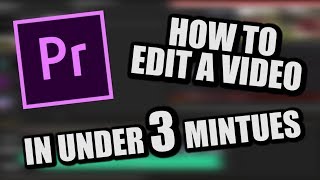