How to drill A Cheap Water Well

If you're watching this video you probably want to drill your own water well,

and I'm going to briefly summarize the six main ways you can do that.

There's a lot of confusion. It's hard to figure out exactly

what you're doing when you first start out in this.

I work in the well drilling industry, so it's very easy for me to summarize

exactly what you need.

So your options are like this. They've been drilling wells by hand for

You take a shovel. You go out and you dig a hole in the ground about three foot around

and you keep going until your feet touch water.

This is a lot of work as you may imagine; it's also kind of dangerous because the

walls can collapse on you, and it's limited by the fact that the deeper you go,

and more risk of cave in there is,

it's really not a great option. You can do deeper than that,

but it's not recommended by pretty much anybody.

Next you have what's called a well point. Now you can drive a spike about a 4 foot

You just keep adding length of pipe to the top of it, and you just put a hammer

until that pipe disappears. Again you keep doing this until you can suck out water.

This is because you have to suck the water out of the hole, which means the

type of pump that you're able to use will not really

be able to pull water deeper than that.

You need a shallow well pump for this, and they're

get this down there, and sometimes it doesn't ever work,

and sometimes there's no water down there.

So this is an ok system, and it's fairly cheap, but it's a lot of effort and

there's no guarantee of success.

The other option that you can use is called jetting, and this is where you take

a water hose and hook it up to a length of pipe, usually two-inch pipe. And you just kind of hit

like this and just kind of push it into the ground, and gradually the water blows the sand

back away and you just keep going deeper.

You can rotate and put some little teeth on the end,

before you start getting real problems with getting the water out

and pulling up the mud out of the well.

Also the major limitation with this is, obviously, it's blowing out sand.

So unless you have a very easy well and a

maybe 20 30 feet, none of these first three options are really all that practical.

Now, you can do them, and they are fairly cheap, although they are

usually labor-intensive, but if these options won't work for you, then you have

from the most expensive and back our way down. So on the other end, you have hiring a professional.

You go to the yellow pages, you dial up somebody and say "come drill me a well",

won't even talk to you if you don't go at least a hundred foot deep, and they

So you're looking at between 4 and 15 thousand dollars to have a professional drill your well.

That's about a typical price, and your average range is going to be about 6 or 7.

This may or may not include the pump afterwards. So this is a big chunk of

money, but there's very little headache involved. You pick up the phone you say

"Come drill my well", you write them a check,

they're gone, it's done. Now I hear horror stories every day from people who have

professional well-drillers drill them wells and either overcharge them, they go

deeper than they really needed to,

they don't case it right and the well caves in later, but by and large, if you

pay someone to drill you a well, you're likely to get a decent water source and

not have to think about it too much. If you want to do it yourself

What that is it's a derrick that sets about here, it's about this big around, and it has

a big motor on top that twists the drill stem. On the bottom of that drill stem you're

going to have a bit, fairly complicated depending on what kind of bit you get,

water out the bottom and up around to get your tailings out.

This requires a large settling pond, something on the order of about, you know,

20 or 30 feet in diameter, with a big piece of plastic laid down in it.

It takes a lot of area, it's quite a bit of a mess, it's a lot of work, and again I work

in the well drilling industry. I hear a lot of horror stories but what happens

with this because you're dealing with a metal drill stem. That drill stem drops a

which means that, there's a winch attached to the system, yes, but if you slip, if

the winch doesn't quite grab right,

all of a sudden your well stem drops when you're trying to pull the well out,

and it's down 50 feet in the ground. How are you going to pull it out?

A lot of times you never do get it out.

So there's problems with this system as well. Also you're looking at between, the

about five or six depending on how hard a dirt you expect to drill through. And so

So this has been around for about 50 years. It does work.

The main advantage is that people can use it over and over again.

So if you need a bunch of wells, or you and your neighbor both need wells or whatever,

it's a decent system. Don't get me wrong, it does work, but it's expensive, and it

is a lot of work. It's very heavy.

thousand dollar wells that do cost a lot but do get the job done.

So there's that big gap there, and that's where I come in. This is what we do for a living.

So this is our well drill. Now this is an air-powered motor, which means that

you hook up this air hose to a large compressor and this to a piece of PVC pipe.

This air hose comes down here and it spins this bit like so, and then the

so that water that's in the hole is blown back up and out the top. So it's the

opposite of the Hydro Drill in that it blows water down and lets it float out.

We blow our water down the outside and let it come back up by the power of the air.

That's a little bit above average to be honest. That's actually a pretty good time.

I've been doing this for a long time. But we drilled through sand and a fair amount of clay, a little bit of rock.

This drill will drill rock. Now, I'm not going to pretend that

it's as good as a hundred-thousand-dollar machine.

solid granite, but it's extremely slow. In those kinds of hard rocks you're looking at

half an inch, maybe an inch, two inches an hour max. But if you're drilling in clay,

you can get between three inches and three feet an hour. Drilling in sand you can get

of that was sand, and I did it in an average of about 25 feet per hour.

check the bit, sharpen it, put it back down the well all in less than five minutes.

No other drill on the market can do that because if you pull out the Hydro Drill, you got

to crank it up, tighten it down, loosen it out,

crank it up, tighten it down, and winch it up. And you're spending 2-3 hours just pulling the drill.

So if you have a problem: the well starts to cave in, something goes weird down there,

and need to get the drill out of the well in a hurry,

all you have to do just start pulling it out. The pipe is flexible so you can just

have someone walking over the hill with it;

you just keep pulling it out hand over hand, and you're out of the well in 30-40 seconds.

So it's very flexible. The whole drill here with the bit and everything weighs

anywhere else. You can do it behind a house in a residential area. You can go a lot of

places that you could not get a real well drill or a professional rig in there.

So it's extremely portable, extremely lightweight. The only thing it really requires is

a large air compressor. You have to be able to put out at least 16 CFM at 90 PSI, and that's

usually about a seven or eight horsepower compressor or more because

that's the power source, that's what turns this. The more power you have,

the better it's going to work. If you start dropping below that, your drill is not goingto run as well.

So this system I've used to drill 210 feet deep.

You can drill through solid rock, but it's going to take a lot of time. If you have

to do a lot of solid rock, to be honest, I would recommend you just go to Hydro Drill

or Deep Rock or just get a professional to do it. This can be extremely tedious,

but if you're doing anything else,

sand, clay, a little bit of rock, then I think this drill is the best option on the market.

Now obviously I sell this drill, so I'm a little bit biased,

and you really can't trust me.

But do the research. What I've listed for you here today are the main options,

and they are the main strengths and weaknesses of each system.

Look into them. See what it costs to do it in your area, see what you really need to do, and I think

you'll find that this drill is the best value out there.

I did because that's how I got started with this in the first place.

I didn't wake up one morning and say, "I want to sell well drills for a living".

the stuff that I just summarized for you --

I did all that, and I found that there was just nothing in my price range that would do the job I needed.

like it does, and then other people wanted to buy it.

So we started selling these, and that's what led me to where I am today.

So visit our website, and let me know if you have any questions,

and maybe by this time next year,

you'll be drinking water out of a well that you drilled yourself! 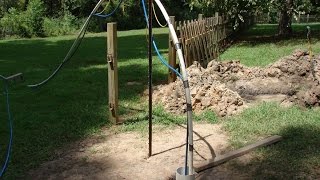 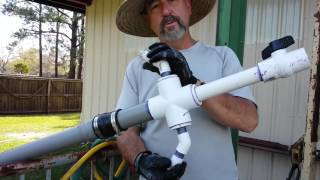 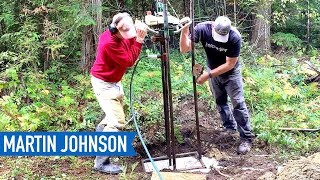 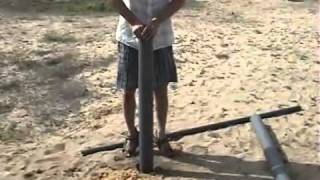 How to Drill Your Own Water Well 1 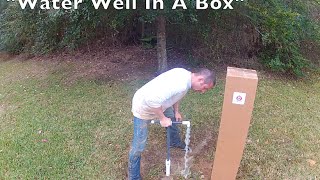 Do It Yourself Water Well Drilling 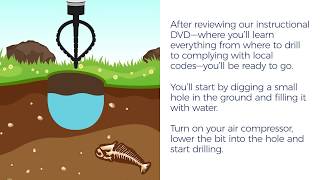 Drill Your Own DIY Water Well With Terragrinder! 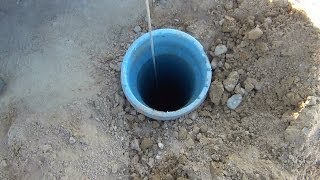 How To Drill Your Own Water Well 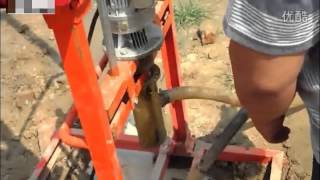 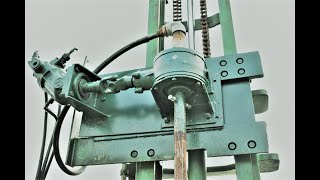 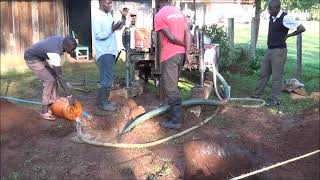 How To Drill A Water Well In Kenya