How to develop
A Blog Site In Asp.net

>> We are going to teach you ASP.NET.

There's been a number of video series that we've already done,

So we're going to assume that you've gone through

those and you have some familiarity with that,

We're going to go ahead and start out by

We've also got a video to show you

how to install that if you haven't already,

and we're assuming that you clicked the ASP.NET

Core button that lets you install all that stuff.

Now, you can see here I can open a local folder,

or I can even clone it.

I could make this from someone else's.

my concerns with just

building a website is that's a lot of components.

There's probably a lot of things I

have to do in the back-end is set it all up.

>> There's a lot of moving parts when you make a website,

and that's where we make these templates

that give you a bit of a jump-start.

It's not quite HelloWorld.

but I can see right off the bat that there's an

and it's worth pointing out that it says,

Now, this is important

It says, "Place solution and project in the same directory,"

or we can maybe if in

the future you and I are going to have different projects,

so I'll just make them separate for now if that's okay with you,

and we'll call the main solution

Contoso Crafts but it's up to you.

show in the background and decide what's going

to do. We have a choice.

>> For better for worse.

>> Yeah, well, there's lots of different web apps that are there.

>> Yeah, but I'm looking at that web application one

and that seems like the best one to go with.

I guess that's what I want to make.

>> I could do when it's empty which is a little intimidating.

I could pick one of the new popular things like Angular or React,

and that's cool as well, but I think you're right.

Web application is the way to go.

and it's going to go and churn and do that work for us,

and with HelloWorld when we did

Let's see what we get when we make an ASP.NET one.

maybe even a link to this video

which would be cool instead of something else.

>> So I want to click on "Solution Explorer" over here,

and maybe we can open these up and see what's going on.

>> So the Websites called Contoso Crafts.

We've got this folder full of static stuff, unchanging things.

>> It's the default folder

that it will go to when

you start to build up the application, right?

any JavaScript to be put in there,

it's going to automatically be served by our Webserver.

That's a good point, and then we've got pages and these are

and we're going to go and make some changes there,

and then our main program that starts

up there as well as some app settings here.

but why don't we just run it and see what it looks like.

it's going to magically give me a website already?

>> Now, there's two ways to do this. We can click the play button,

and that'll go and do a debugging session,

and you know all about that because you own the debugger.

Is there a reason to do one or the other?

can be a little bit faster.

So if you don't really care about debugging

your application at this given point in time,

you can go ahead and run it with no problems.

"Start without debugging," and it's trying to build

my application for me for the first time.

The very first time it might be a little bit slow.

Now right here this is interesting.

this project is configured to use SSL.".

>> Secure sockets like do we want it to be HTTPS, that's cool.

But we're on a local computer,

and this is saying well,

you need to get a free certificate so you can be secure locally.

and it's going to tell me that it's

going to install our certificate,

and that certificate is just to make

sure it works on my local machine.

Okay, so this is our HelloWorld.

So HelloWorld in the web world does include

>> Yeah. So problem solved. That's the end of the video, right?

>> All right, we should ship it and we're done.

>> Exactly. So instead let's just change this text.

>> Shall we? Okay, so we have to figure out where that came from.

but I'm looking at the HTML files

under Pages and that might be a good place to start.

be directed to [inaudible] if you get it out.

>> So we see some stuff that we'll talk about later.

I remember that that's header one, and then the stuff there.

So let's go and change that. What are we calling our website?

"Control S" or I could just

push the save icon there,

and then can I just go back and just

using a thing called IIS, I get to do that.

I can make a change,

it's usually a go.

>> Yes, and down here in the lower corner it says, "IS express."

If you're running this on Windows,

you can right-click and say show all applications,

and I can actually see something interesting.

>> It's running on two different ports.

One is secure and one is not,

and that's because we had that secure

certificate at the beginning.

So that's pretty cool, and when I

ran my application I get the little lock.

to the Internet because local host is us.

>> But that is HelloWorld and it worked.

So I think we're set up pretty well for the next video. 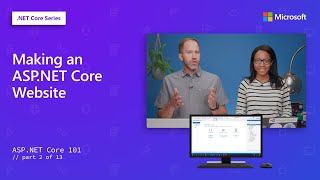 Applying theme - How to build CMS & Blog with asp.net core 3.0 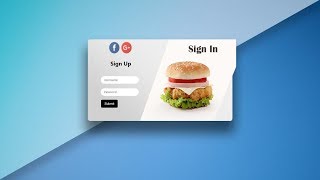 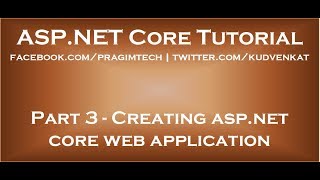 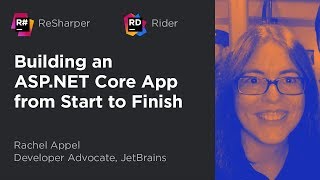 Building an ASP.NET Core App from Start to Finish 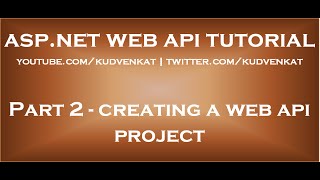 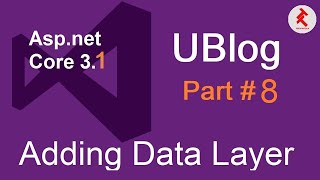 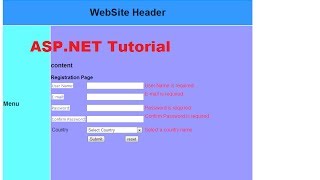 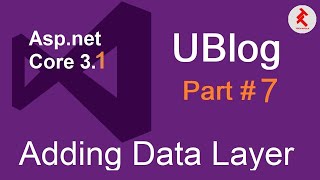 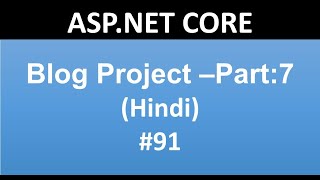