Really, what we're trying to do is to transition weedy forests into grassy woodlands.

And once the grassy woodlands return, wallabies and kangaroos can come into the forest and

With goats and hand tools, you can actually help move the forest.

What would ordinarily might take 20 years or a hundred years.

You can speed that up, so that things repair much more quickly.

The plant life of the forest floor returns.

The problem with land management, as it applies to blackberries, is this sort of mentality

of correct and incorrect, good and bad, good and evil.

dominance is disabling biodiversity because it's covering the entire forest.

The blackberries are just so smothering here, cause you can't access these areas at all.

Not even going for a bushwalk, unless you want to get cut up by blackberries!

They pose a huge fire risk when they're two and four meters high.

Each year the canes die back and then the new leaves and canes grow on top.

And so they just keep amassing each year.

And what's left in the middle is basically tinder, ready to fuel fire.

So if embers from a fire get into them, they can rush up and the blackberries often grow

up trees, so they can fuel crown fires because they're making the fire go up, right up into

Normal methods that I'm aware of in, in clearing noxious weeds, blackberries, and gorse – herbicides

The country fire authority, otherwise known as the CFA, about seven years ago, did a big

burn through this forest.

This is necessary work in terms of protecting the town, but from an ecologist's perspective,

I kind of reeled back after seeing that work.

It burns off the natives and it's like, you're stripping the undergrowth.

So the only thing that's really gonna take off after, on the next growth, is the noxious

dreys built in them.

Over the next two or three years, the blackberry and gorse came back with a vengeance, because

fire often puts the weed cycle back at stage one.

Watching the takeover of blackberries and gorse come back and thinking, there's gotta

and burn again, there must be another way of transitioning the forest to a much lower

canes has transitioned to using goats, who do this work so effectively and quietly.

So with managing the goats we'll first select appropriate sites.

Once we find the site, we will start making pathways for the fencing.

Once that's done, which is just the grunt work,

Then we'll come through with the fencing. And then we just kind of let the goats into that cell.

The goats we're using a boer goats or boer crosses.

They can pretty much survive on blackberries.

They love the leaves.

They love the fruit when it's fruiting.

And if you leave them in there long enough, they'll eat the canes to a degree.

You know, especially the soft shoots.

They do like other things, they love hawthorne, holly, broom, gorse, all the prickly things.

Our idea is that after three or four years of goats grazings, with the first year, the

brambles down onto the ground, then by the next year, they've come back to a certain

The next year it might take 10 days and then the following year, a week.

And then the following year after that, just a few days.

The plant life of the forest floor returns.

And with insect diversity, small mammals have got much more food.

And then with smaller mammals, larger predatory birds and owls and raptors.

The support from the neighborhood is important.

Firstly, so that they don't dob us in to the council!

Then we can continue doing what we're doing.

And second of all, it's education really.

license that that's given this work.

Some I think were a bit reluctant initially!

At first, I was a little bit skeptical about what they were doing and I didn't think it

Yeah, but it didn't worry me.

And when they put 'em in, I actually got a little bit of a surprise of how good a job

and the terrain that the goats can get down.

It was probably nearly 2 meters of blackberries.

We had no idea that the cliff was there.

We had absolutely no idea whatsoever.

partners with my brother.

We do work for the CFA.

We do work for the local Shire. But an area like this isn't something that we'd be able

to put our machine into, because it's too steep.

The terrain's too harsh on it.

With what we do as well as with goats would be ideal.

The areas we can do, along the flats, and you can reach a certain way up the bank and then

the rest of it, you can leave for the goats.

We're not doing this covertly.

We're not, it is gorilla forest management, but it's – we're not doing it in some secretive

And in fact, we're making little short films about it, we're telling the community about

because you will get people that will want to be a part of it as well.

It's kind of spread and that's quite a lovely thing, because it's, I mean for what we're

doing here, it is putting back into the community and it is nice when someone comes along from

the community, and goes, I want to be part of it. I want to help.

It's this very simple interrelationship.

The goats are happy you keep providing them land.

And we're happy because they're doing work that is transforming the ecology; is moving

it into its next phase of succession.

Wellbeing is number one.

If the goats aren't happy, you're not happy.

And they'll make you know it!

This forest has grown me up.

It has enabled me to see the importance of wildness in our very domesticated lives.

If there is a relationship between wildness and the domesticated aspects of our lives,

then I feel like we're going to be people who know how to work with the land again.

ancestry to draw on.

And we all do.

We all come from first people somewhere in the world.

And those stories are important, because we haven't always been tramellers of land.

So this forest has enabled me to have an education of what I would call the living of the world,

And that has given me some hope.

Yeah. That has given me some hope – yeah, and joy.

Really this, this is our way back to sanity!

Whatever relationship we can have with this, this material, is not a story of domination. 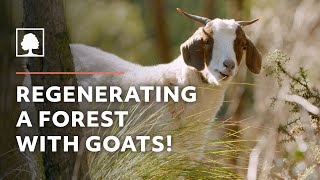 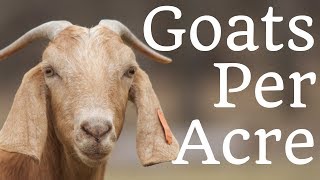 How Many Goats Per Acre? 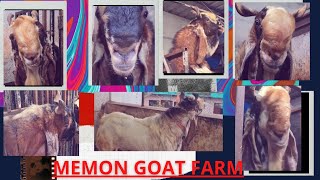 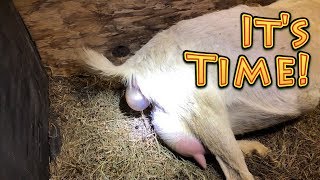 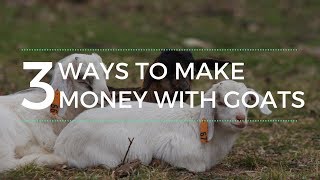 3 Ways to Make Money with Goats 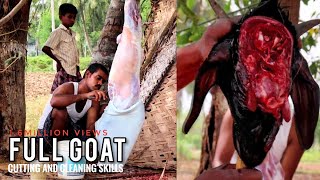 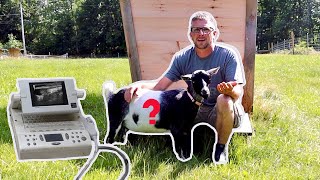 Is Hope Pregnant?!? Goat UltraSound (Emotional) & Starting the SonoTubes for the Next Project 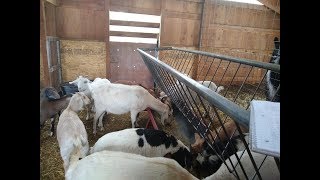