How to color A Fire

Hey, whats up guys? It's Grant here! Listen, if you've been wanting to get yourself an iPhone 10,

we have one and we're giving it away to one of you. So make sure your name is on the list.

We got the link down in description for the contest. There's only one more week to get registered.

So get your name on the list. iPhone 10 giveaway, see you in April.

Hey guys! I'm Nate. Welcome back to the workshop.

Today we're going to do some fun experiments with fire

and specifically, we're gonna see if we can create a nice rainbow effect

using different types of chemicals mixed in with our flames.

that we can try mixing into our flames.

Let's see which ones give us the best result!

We had two different versions of this HEET(TM) product which is designed to help clean your engine.

and we'll see what color each of these burns on its own and what we want to try use as our fuel source.

These little pieces of aluminium were just some tea light candles that I popped the candle out of.

Let's see what color each of these burn...

And one that in this amount of light, you can barely see but it mostly looks blue.

It's almost invisible. Let's try turning off the lights and see how things look.

Our blue flame is a little bit more visible. It's still pretty clear.

There's not a lot showing up in there, but it's not bad.

I think that the yellow HEET(TM) gave us the best result for something that we'll be able to use to change the color,

because it had very little bright colour of it's own.

So let's run our chemical experiments using this.

Let's try going in order, the first color we want to try and get is a nice red.

I've heard that the best thing for that is to get some lithium out of a lithium battery and then dissolve that in this liquid.

The lithium in our battery should create a compound which will burn with a bright red, almost magenta color

Alright, that seems mostly reacted. Let's see what happens if we ignite this. (May be dangerous)

Will we get a red flame like we are theoretically supposed to?

That's a pretty good red right there, like that is a red,

I am liking that.

We've got red, lets put that out.

Set that aside and let's see if we can get an orange.

Now for orange, my research has said that calcium chloride can give you a good orange colored flame.

And an easy source of calcium chloride is some types of sidewalk salt that's meant for melting ice and snow.

And the stuff that I got is shaped into these little prills, these small little beads.

than the little beads.

Alright we'll do a side by side comparison. We'll add a little bit more methanol to the prills,

and we'll also add some into the powder.

That turned orange much faster,

although this is a pretty good orange color as well.

I dunno I think we're kinda getting more off of the powder.

I think either one works really.

You just need enough of the fuel to kind of cover the prills or the powder,

and then you get a good orange color.

My research says that the best way to get a yellow flame is by burning something with sodium in it.

We're gonna try both of these in the methanol, and we're gonna compare that

to the bright yellow we were getting as we burned red HEET.

We'll see which one gives us the best yellow color.

Our table salt, or I guess this is sea salt.. but it’s the same stuff just in a slightly different shape.

That's uhhh, kind of a yellow flame, a little bit more orange than this.

Our baking soda is taking longer to get going, but we’re now starting to get a visible flame on that.

The two different versions of the sodium are giving us a yellow-ish flame, and that’s pretty good.

..and in fact, I actually kinda like the color of the baking soda the best, but there’s just so much good yellow coming off of the red HEET(TM) fuel.

..and I think we might have to go with that one.

Moving on to green, every resource I could find recommended the same thing... boric acid.

...which is usually found as an ant and roach killing powder.

Let’s just try putting that in, adding some methanol and see what color it burns.

(Oooh!) That is immediately green!

Like no warm-up time with a blue flame, or an orange flame.

That went straight to green.

No wonder everyone recommends this stuff.

Next up is blue, and as we saw, the methanol by itself actually burns a fairly blue color,

but it's not very intense, so I'm wondering if there's anything we can add to try and

get that blue to show up a little bit more.

Something online suggested that we can use the copper sulfate crystals in this root kill.

and that that could bring out some of the color, so we're gonna try that.

Saw a little flash of green as I lit the one with powder in it.

Pretty much the same effect as the crystallized form.

It looks mostly blue, with little bits of green here and there in it.

Might have a little bit less...yellow streaking which is something we're also seeing in our crystallized one.

The last color we want to make is violet.

and from what I've seen, the best way to get that color is from burning potassium chloride

Now although this does contain potassium chloride,

it does have other chemicals in it as well, so it may not be a very pure source.

That is already a pretty fine powder, so I really don't know how much this is gonna change.

Ooh. That was a nice little burst of purple at first

It's like... purple mixed with orange, which isn't a color i think about mixing much

but I think there's more purple visible in it as well

Maybe a, not so much purple as lavender

Orange up top, lavender down at the bottom, maybe?

This little contraption that 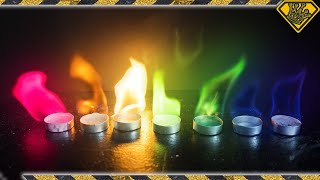 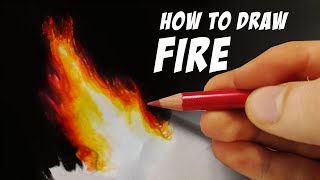 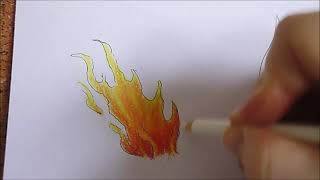 How To Color Fire With Colored Pencils 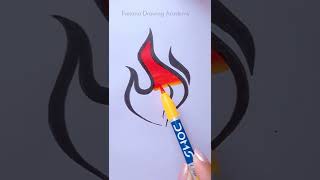 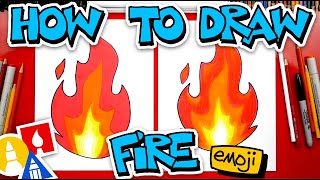 How To Draw The Fire Emoji 🔥 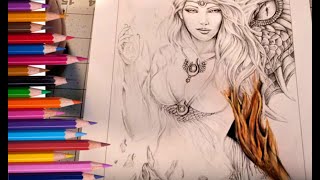 Set Your Paper On Fire Using This Colored Pencil Technique 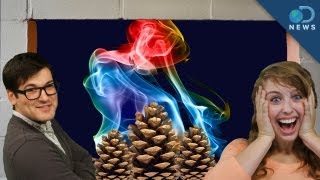 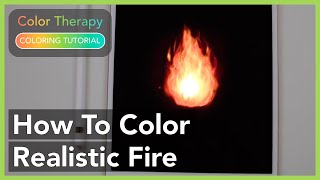 Coloring Tutorial: How to Color a Realistic Fire with Color Therapy App 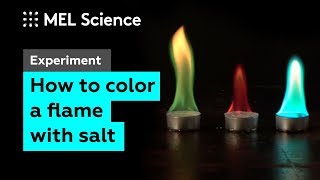 Experiment: 5 colored flames (How to color fire with salts) 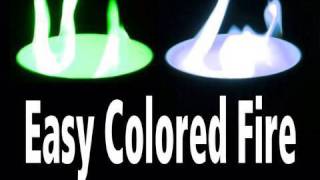