This is an airplane engine.

It's sitting in a field in Bishoftu, Ethiopia— part of the wreckage of Ethiopian Airlines

This was just a few months after another flight, Lion Air 610, crashed in Indonesia and killed 189 people.

These two flights were operating the same plane: The Boeing 737 MAX 8.

has caused so many problems.

But there's nothing actually wrong with this engine.

In fact, airplane manufacturers raced to put them on their new planes.

That's where the problem started.

The two biggest airplane manufacturers in the world are Airbus and Boeing.

And they have a fierce rivalry.

If one of them can offer a better plane, the other could lose a lot of money.

That's exactly what was about to happen in 2010.

Airbus announced that they would update their most popular model, the A320, a single-aisle

airplane that services many domestic flights.

You've probably been on one.

For this new plane, Airbus had a big update.

It would have a new kind of engine.

It was much larger than the previous engine,

but it would make the plane 15 percent more fuel efficient.

And just as importantly, this upgrade wouldn't change the plane that much.

A pilot could walk into the new model, with little additional training, and be on their way.

It was called the A320 NEO, and it would save airlines a lot of money.

This was a problem for Boeing.

To compete with Airbus, Boeing's obvious move was to upgrade the engine on their single-aisle

But there was one issue.

This meant Airbus could slide a new engine under the wing of their A320.

But there wasn't enough room under the wing of the Boeing 737.

He said: "We figured out a way to get a big enough engine under the wing."

Their solution was to move up the engine on the wing, so that it would be slightly higher

Here's a promotional video of that updated 737 in the air.

You can actually see that the top of the engine is above the wing.

Boeing called this model the 737 MAX.

And just like Airbus with the A320, Boeing said their new plane was so similar to its

predecessor that pilots would only need minimal additional training.

The 737 MAX became the hottest selling plane on the market.

And it helped Boeing keep up with AirBus.

Except, moving the engine up on the 737 had a side effect.

When the 737 MAX was in full thrust, like during takeoff, the nose tended to point too

far upward, which could lead to a stall.

This was a problem, because these planes were supposed to behave exactly like the old ones.

So Boeing came up with a workaround.

Instead of re-engineering the plane, they installed software that automatically pushed

the nose downward if the pilot flew the plane at too high of an angle.

They called it the Maneuvering Characteristics Augmentation System, or MCAS.

But because Boeing was selling the 737 MAX as pretty much the same plane as the 737,

Many pilots only got a two-hour iPad course before entering the cockpit for the first time.

And the "training material did not mention" the MCAS software.

In 2018, several American pilots complained to the federal government that the 737 MAX

was "suddenly nosing down."

In the flight report, which shows the plane's altitude over time, you can see that the plane

was in full thrust during takeoff.

But at a certain point, the nose of the plane kept lurching downward.

The pilots couldn't figure out why this was happening.

The captain "asked the first officer to check the quick reference handbook."

They couldn't find the solution.

The pilots continued to fight with the MCAS.

The plane struggled to gain altitude.

Reports show it was likely because the computer was getting incorrect sensor data, pushing

the plane toward the earth below.

12 minutes after takeoff, the plane crashed into the Java Sea.

In the Ethiopia crash, the report shows that the pilots were actually able to disable the

MCAS, but it was too late to overcome the malfunctioning MCAS sensors.

For now, nearly every 737 MAX 8 in service has been grounded.

Boeing's response has been to apply a software update and make the MCAS "less aggressive,"

while also saying they'll increase pilot training on how to turn it off.

This problem started with a company's race to compete with its rival.

Even when it didn't. 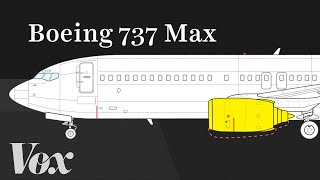 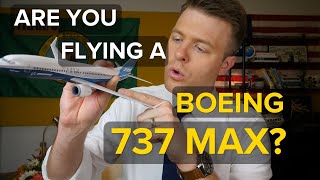 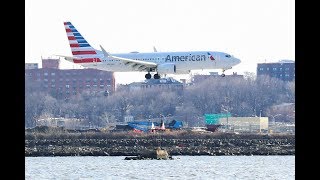 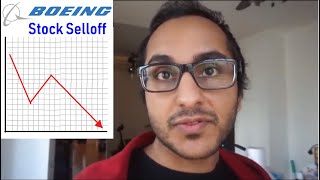 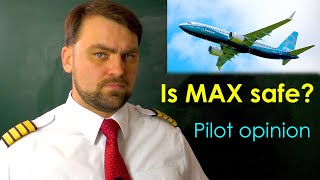 Is it SAFE to Fly on New Boeing B737 MAX? Boeing Pilot opinion. 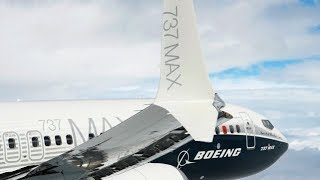 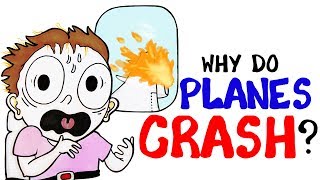 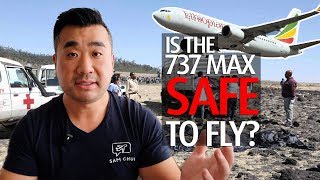 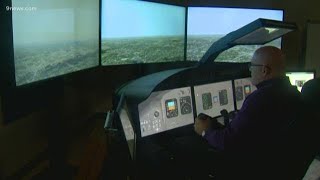 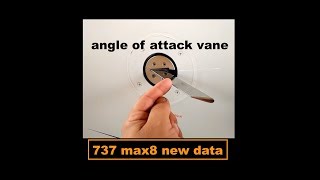